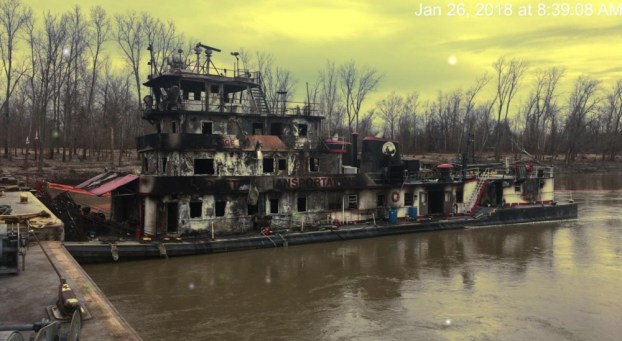 (AP) — The Coast Guard says an engine room fire on a tugboat restricted traffic Wednesday on a five-mile stretch of the Mississippi River, but the restrictions were lifted Thursday morning.

The fire aboard the George King has been extinguished.

The George King is owned by Marquette Transportation Company, LLC out of  Paducah, Ky.

Petty Officer Brandon Giles says that another tugboat, the C. Michael Reeves, pushed the George King and its tow of 30 empty barges to the bank, where it was secured.

He says firefighting efforts were unsuccessful, but the fire burned itself out. He says that by midmorning Thursday, it was only smoldering.

The George King has an estimated 65,000 gallons of diesel on board.