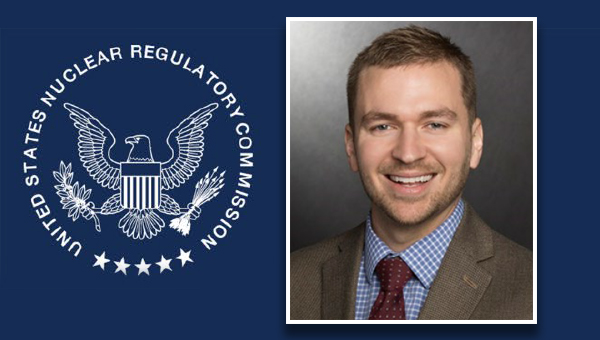 The Nuclear Regulatory Commission has selected Matthew Thomas as the new resident inspector at the Grand Gulf nuclear power plant in Port Gibson.

Thomas joined the agency in 2014 in the Office of New Reactors at NRC headquarters in Rockville, Md. He transferred to the NRC’s Region II office in Atlanta, Ga., in 2018, where he served as an acting resident inspector at several nuclear plants.

He holds a master’s degree in nuclear engineering from North Carolina State University.

Resident inspectors serve as the agency’s eyes and ears at the facility, conducting inspections, monitoring significant work projects and interacting with plant workers and the public.

Resident inspectors are assigned to a site for up to seven years.