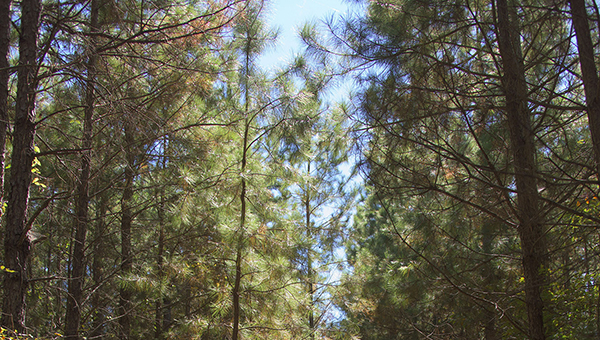 Coming in with an estimated production value of $1.15 billion, timber followed the state’s poultry industry, which generated an estimated value of $2.78 billion in 2019. Timber’s value of production is estimated by monthly severance taxes collected by the Mississippi Department of Revenue.

“When I compare the total severance tax collected through October 2019, it is above both 2018 and 2017 so far,” said John Auel, an assistant Extension professor of forestry in Mississippi State University College of Forest Resources. “The price per ton for the various products has remained steady with a slight drop for pine sawtimber between 2018 and 2019. If the volumes severed for November and December are the same as last year, the overall value should be slightly higher than in 2018.”

The year-end values are estimates based on available data. Final figures will be available in February.

Housing starts are a major driver of production value because of the construction industry’s demand for sawtimber. Since the housing collapse and recession of 2008, housing starts have struggled to reach pre-2009 levels.

“The value harvested and delivered in 2009, right after the housing collapse and recession was only $864 million. We bounced back in 2010 up to $1.042 billion and peaked in 2015 with a value of $1.67 billion,” said Auel, who is also a researcher with the Mississippi Agricultural and Forestry Experiment Station. “We have been in a downward trend since 2015 and hopefully, 2018 was the low point. We should see the value remain steady or slightly increase with 2019 numbers.”

Mississippi is a timber-rich state with 63 percent of its land area covered in forests. Seventy-seven percent of that timber is owned by private, nonindustrial landowners who have faced limited markets since the downturn in the economy 10 years ago. Depending on where landowners live, they may or may not have options to thin tree stands or harvest larger trees. Markets vary north and south of Interstate 20.

Traditional pulp mills, which process young or lesser quality timber, have disappeared in north Mississippi and other areas of the state as overseas markets with less expensive labor have taken on the production of pulp and paper. South Mississippi landowners have access to a few pellet facilities that utilize mostly pine pulpwood.

“Georgia Pacific announced the closure of one of their Port Hudson, La., paper machines, which sourced a sizeable amount of hardwood pulpwood from southwest Mississippi,” Auel said. “However, they are building a new pellet facility in southeast Mississippi, which will help with the excess pulpwood on the stump there. But there have been no new industry developments in north Mississippi.”

“That mill was a monster,” he said. “It took in wood from as far north as Alexandria, Louisiana. We should continue to see some drop off in terms of production value in the hardwood pulpwood segment because of the volume they handled.”

Replacing that hardwood pulpwood market for south Mississippi growers will be tough. However, the new Enviva pellet facility should provide a good outlet for pine pulpwood. It will be located in Lucedale and is touted to be the largest pellet mill in the world, Tanger said.

“I expect this pellet mill in conjunction with a few others we have will help stabilize the pine pulpwood market in the Southeast,” he said.

Tanger said markets generally should remain neutral in terms of sale prices, but quantities will continue to rise along with the housing market rebound in the short term.

“Housing numbers are continuing to inch up, and if that continues, it is possible we could see some new sawmills announced in the next several years. But we would want to see the housing numbers stay on the incline. They wouldn’t have to go through the roof, but the starts would need to continue to rise to keep those mills coming online and not losing existing smaller mills if housing falters.”

Unfortunately, for some landowners, the slight rise might not be enough. Without desirable market prices, some timber owners already are choosing to exercise their options to convert their property to other uses, including pasture or real estate.

“The current prices just aren’t sufficient for a lot of people who intended to use their timber as an income source,” Tanger said. “But for those who own their property for reasons other than income, they have other options. They could sell the property or go whole hog and develop it for wildlife or a natural resources enterprise like duck hunting and lease it out for hunting opportunities. But that would require further investment, and in most markets, the costs would outweigh the benefits.”

This article was written by Susan Collins-Smith with the Mississippi State University Extension Service.

The Board of Mayor and Aldermen are going after state income tax refunds to recover unpaid fines due to the... read more