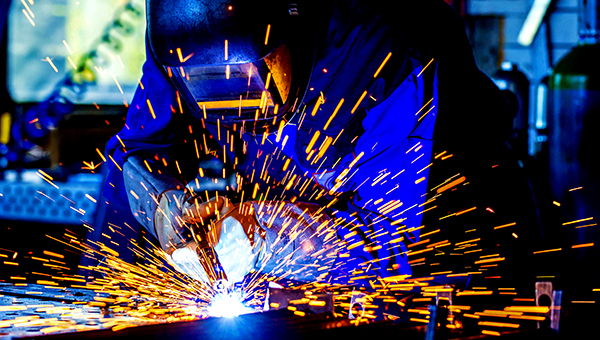 About 200 pipefitters, apprentices and welders are expected to apply through Local 619 Plumbers & Pipefitters in Vicksburg to work during the shutdown at Entergy’s Grand Gulf Nuclear Power Plant.

All of them will be tested at a special welding trailer at the plant site.

The trailer is provided by the union’s international training center, said Tommy Newell, Local 619 business manager, adding the trailer is one of several that can go to different sites across the country to test welders.

“Sometimes when a project is overwhelmed with hiring welders, we’ll take one of our trailers from our international (training center) to cover it,” he said. “The extra bodies coming in to take welding test, we’ll put them in the trailer (to test). That trailer is state-of-the-art; it’s got everything. Any type of welding you can do, we can do it in that trailer.”

In the case of Grand Gulf, he said, Entergy’s welding shop at the plant is being upgraded and the trailer is taking care of the overflow of applicants for jobs at the plant.

The trailer was delivered in early February and will be at Grand Gulf for six weeks to help with testing.

The plant’s applicants, Newell said, will be tested for pipe welding — “a 2-inch carbon (steel) test and a 2-inch stainless (steel) test.

“There are pipe stands in the trailer, and he’ll (the applicant) put what we call the coupon (the two pieces of pipe) in the pipe stand to weld it,” he said. “Entergy’s welding engineers will look at it.”

Those interested in applying for welding jobs at Grand Gulf, Newell said, should apply through Local 619.

“We put our members to work down there, and we’re taking outside people, also,” he said. “We refer them to Grand Gulf; to our contractors down there. Approximately, right now, when the outage starts we’ll have four different contractors on site — Day & Zimmerman, PCI Westinghouse, BHI and Tesco.

The welding test, Newell said, takes two to three days. Sometimes, he said, the weld will be submitted to a blind test where straps of the pipe are cut and bent to see if the weld will break or crack. There is also an X-ray test, where the weld is X-rayed.

Applicants who pass the test, he said, are hired and go into training.

Entergy is shutting down Grand Gulf to refuel its reactor and using the downtime to perform maintenance work at the plant that cannot be done while the plant is online.

Some park roads, cemetery closed due to erosion, cave-ins

Scott Babinowich stopped at the yellow tape blocking the road at the National Cemetery in the Vicksburg National Military Park... read more