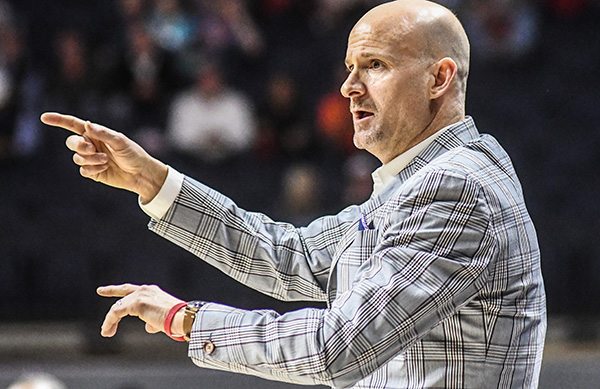 The Blazers announced Kennedy’s return to his alma mater on Friday. A two-time Southeastern Conference coach of the year and Ole Miss’ winningest coach, Kennedy remains the second-leading scorer in UAB program history.

He spent the past two years as a commentator for ESPN and the SEC Network. Kennedy received a six-year contract through the 2025-26 season. The school did not disclose contract details, and the hiring pends official approval by the University of Alabama System Board of Trustees.

“I am blessed to be able to return to my alma mater, in a city that I love, to lead this storied basketball program,” Kennedy said in a statement. “I want to thank Dr. Watts and Mark Ingram for believing in me and affording me this tremendous opportunity. In 1977, when Gene Bartow came to the Magic City to start UAB Athletics, he did so with a vision to create a nationally relevant basketball program. It is now my mission to restore this program back to its rightful place on the college basketball landscape.”

Kennedy replaces Robert Ehsan, who lasted four seasons. UAB has not had a losing season since 2012-13, but also has not reached the NCAA Tournament since 2015. Ehsan had a 76-57 record that included two 20-win seasons, but the only postseason appearance was a first-round loss to Brown in the first round of the 2019 College Basketball Invitational.

Kennedy led Ole Miss to the SEC Tournament title in 2013 with a 27-9 record and took the Rebels to two NCAA Tournament appearances.

MHSAA sports to remain on hiatus until April 17

CLINTON — The Mississippi High School Activities Association announced Friday that it has extended its suspension of athletics and activities... read more