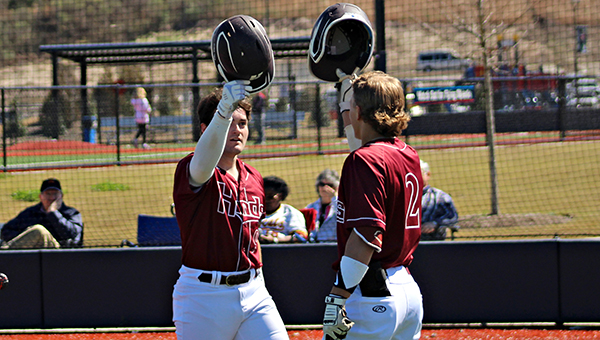 Sam Temple picked up his phone and slowly, sadly, worked his way through his contacts.

He made the calls one by one, nearly three dozen in all, taking a solemn and unwanted duty to be the bearer of bad news. The dream season he, his players and assistant coaches had been working toward for months was finished by an opponent they couldn’t possibly defeat.

Hinds Community College’s baseball team, like so many others, had its season end when the 2020 college sports year at every level nationwide was canceled by the COVID-19 outbreak. The Eagles were off to a 12-2 start and ranked No. 2 in NJCAA Division II.

Worse than the disappointment of not having a chance to see that journey through to its conclusion, Temple said, was the way he had to deliver the news.

“The hardest part of this has been having to make 34 phone calls to tell your players that their season is over as opposed to being able to be face to face to deliver the news,” Temple said. “I would have loved the chance to have been able to tell them in person and to just be with them as the family that we are.”
Hinds was in the middle of spring break when the sports world collapsed.

The Eagles split a doubleheader at Shelton State Community College in Tuscaloosa, Ala., on March 9, and then split up for a three-day break when they returned to Raymond. Two days later, a cascading series of events began when NBA player Rudy Gobert tested positive for coronavirus. The NBA immediately suspended its season, college leagues followed suit by canceling their basketball tournaments, and within 72 hours nearly all major sports leagues in the United States had either suspended or canceled their seasons.

The Mississippi Association of Community and Junior Colleges, and the NJCAA both held off on a full cancellation. Initially they suspended the spring season until early April. Last week, however, the NJCAA made the decision to fully cancel.

“A surreal time … nothing that I would have ever imagined,” Temple said of the week of March 9-15. “We played on Monday then had a few days off for spring break. The plan was for them to be back on Friday to practice and play on Saturday. I never imagined that we would never play again or be together again as a team.”

That first week, Temple added, was difficult as he tried to remain in contact with players and gather accurate information. The situation evolved and devolved so rapidly that news he heard in the morning was often out of date by the afternoon.

Players also had to be moved out of residence halls, set up for online classes, and there were meetings with school faculty and administration to discuss plans for the rest of the semester. Hinds began holding all of its classes online on Monday.

“Honestly trying to get ahead of social media and have them hear it from me first on the decisions and new information that was changing constantly. We were also dealing with academics, residence halls and baseball,” Temple said.

Even though the season is over, plenty of uncertainty remains for Hinds and most of the college sports landscape. The NCAA is scheduled to vote on March 30 on whether or not to give current spring sports athletes an extra year of eligibility, but how it is implemented will have a ripple effect through all levels of competition. Some players might opt to remain in junior college rather than compete for playing time on crowded rosters at four-year schools.

The Major League Baseball draft could also be delayed or canceled, which would affect how many players return to school.

Temple wasn’t sure how many of his players would return in 2021, but figured most of the four-year signees will continue on to their next stop. Hinds has 10 players who have signed with four-year schools.

“Until the guidelines are handed down we really do not know who this will affect. If given an extra year, it will be each player’s individual decision on what is best for them concerning their future education and future baseball,” Temple said. “Personally, I’m very proud to say my players excel academically and most of the sophomores have signed with four year institutions with great baseball programs. This is why they are here … to move on to their dreams of playing at another level. I feel like most of mine will choose to move on. We bring them here to prepare them to move on to another level in baseball and education.”

The only thing certain is that next year’s team will have a different look and personality, just like they all do. As far as this year’s team, Temple said he’ll lament what might have been, but still appreciate what was.

“This bunch was not only very good on the baseball field, they were close. They were upset, but they understood why it happened. This bunch had something special with being selfless. They really wanted it for each other,” Temple said. “The thing that you remember when it’s all over is the journey. For the sophomores, the journey was pretty spectacular.”

KANSAS CITY, Mo. (AP) — Jordan Ta’amu parlayed a successful stint in the XFL into an opportunity with the Super... read more