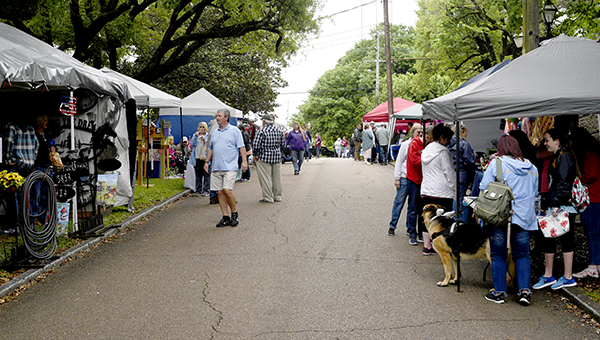 Two more annual springtime events have been added to the growing list of events impacted by the spread of the COVID-19 virus.

The Alcorn State University Jazz Festival and the Old Court House Museum Flea Market will not be held in April, organizers for the events said.

“We called all of our vendors and had to tell them that it was going to be canceled,” he said. “We transferred a lot of them over to our October event, and those who didn’t want to transfer, we gave credit.”

He said the October flea market, set for Oct. 3, will go on. “October’s going to definitely happen,” he said.

Dr. David Miller, director of the Alcorn Jazz Festival, said the event was rescheduled for Oct. 15-17 and includes an outdoor concert in Vicksburg.

“We’re just glad that they’re able to reschedule it later on in the year; it’s always a great event and we hope that it will be well-attended,” Vicksburg Convention Center Executive Director Annette Kirklin said.

“This is the first year we’re going to be a three-day festival,” Miller said. “Hopefully we’ll be able to use all three of those days.”

After kicking off at Alcorn State Oct. 15, the festival will move to Vicksburg Oct. 16, for “Jazz at Sunset” at Washington Street Park featuring the Southeast Jazz All-Stars, Alcorn State jazz groups and other groups. In the event of bad weather, the program will be moved to the Convention Center.

Oct. 17 will feature performances by school bands from across the area, a workshop presented by singer Cassandra Wilson followed by a concert by Wilson at 8 p.m.