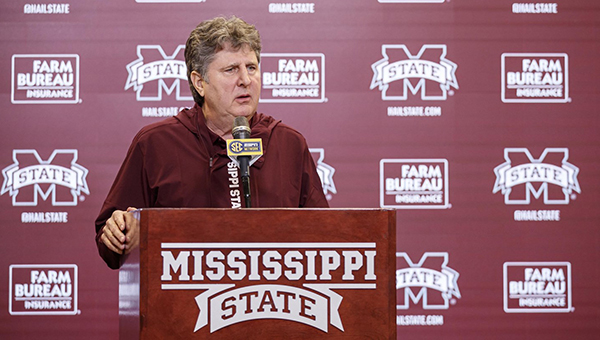 STARKVILLE (AP) — Mississippi State football head coach Mike Leach is expected to participate in “listening sessions” with student and community groups and tour the Mississippi Civil Rights Museum after he tweeted an image of a noose last week.

Mississippi State athletic director John Cohen released a statement Tuesday evening that said, “No matter the context, for many Americans the image of a noose is never appropriate and that’s particularly true in the South and in Mississippi. Mississippi State University was disappointed in the use of such an image in a tweet by Coach Mike Leach.”

Leach, who was hired away from Washington State in January, apologized on social media last week for posting a tweet that drew criticism from Bulldogs players and an assistant professor at the school before it was deleted.

The image Leach tweeted depicted an elderly woman knitting, with the caption: “After 2 weeks of quarantine with her husband, Gertrude decided to knit him a scarf…”, but the picture showed her knitting a noose with the hangman’s knot already tied.

One player, defensive tackle Fabien Lovett, announced he will transfer out of the program following the tweet.

While Lovett did not say his decision to enter the transfer portal was related to the controversial tweet, his father Abdual Lovett told the Clarion Ledger newspaper of Jackson that he wasn’t comfortable with his son playing for Leach, “with a guy like that, from a leadership standpoint.”

Leach deleted the tweet a few hours after posting it on April 2. He apologized in another post that read: “I sincerely regret if my choice of images in my tweets were found offensive. I had no intention of offending anyone.”

Cohen’s statement on Tuesday added, “The university is confident that Coach Leach is moving quickly and sincerely past this unintended misstep and will provide the leadership for our student athletes and excitement for our football program that our fans deserve and that our students and alumni will be proud to support.”

The AD said the plan is for Leach to participate in listening sessions to provide opportunities to expand his cultural awareness of Mississippi.

Leach will receive a guided visit to the “Two Museums” — the Museum of Mississippi History and the Mississippi Civil Rights Museum — in Jackson when restrictions currently in place to fight the coronavirus are lifted.