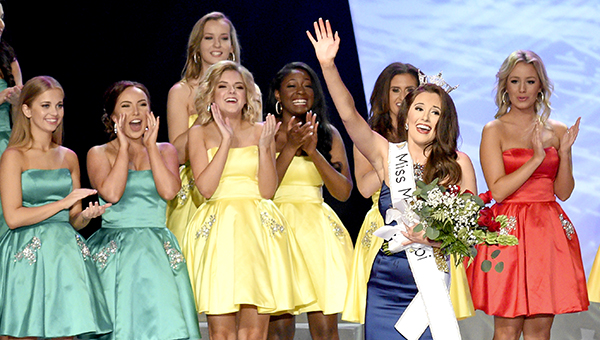 “Because of the uncertainty of COVID-19, a more definite date cannot be given at this time,” Miss Mississippi Competition Executive Director David Blackledge said in a statement on social media Tuesday night. “We continue to monitor the information being provided by the Centers for Disease Control, the federal, state and local governments involved and their guidelines in making future decisions regarding our competition.”

Blackledge said Wednesday that one of the corporation’s board members, Dr. Carlos Latorre, a local physician who is also serving on the state’s COVID-19 task force, advised the event’s leadership to push back the event at least one month.

“We had reserved these dates as a backup plan,” Blackledge said in an interview with The Post Wednesday. “This buys us some time for people feeling confident coming to the competition.”

Specific dates for both the Miss Mississippi Competition and the Miss Outstanding Teen Pageant have not been confirmed.

“This thing has a lot of moving parts with us right now. One thing kind of leads to another,” he said.

In addition to considering the safety for all involved, Blackledge said, they have also had to consider the corporation’s sponsors.

“Some of our sponsors like Waterview, Riverwalk and Ameristar, they are all closed down, so we can’t even meet,” Blackledge said.

This loss of sponsorship could affect the ability to televise the state competition.

“If we couldn’t televise it won’t be the end of the world,” he said.

Even if the competition was only a stage show, Blackledge said the top priority will be to ensure everyone feels safe.

If for any reason, the pandemic continues longer than expected, Blackledge said, the competition would be pushed back and restructured.

“If people get back into school, you can’t ask them to take a week out of school, and who’s going to come to Vicksburg? At that point we would have to go down to a condensed competition, meaning two or three days,” he said. “I hope we don’t get to that, but you have to keep all options on the table.”

If the dates in July don’t work out for one reason or another, the next available dates with the Vicksburg Convention Center would be in September.

“Miss America told us we have until Sept. 30 to do both the teen pageant and the Miss Mississippi Competition. They have extended the deadline,” Blackledge said, adding the original deadline had been set at Aug. 2. “Everybody is trying to keep a positive attitude and keep it moving.”

As of Wednesday, Blackledge was not aware of any contestant, or anyone else connected to either the teen pageant or the Miss Mississippi Competition, who had contracted the virus.

“Fortunately, nobody associated with us has had it,” he said.

Health officials say they are prepared, but next few days and weeks are critical

As local lawmakers enact stronger restrictions with the goal of curbing the spread of the COVID-19 virus, they are also... read more