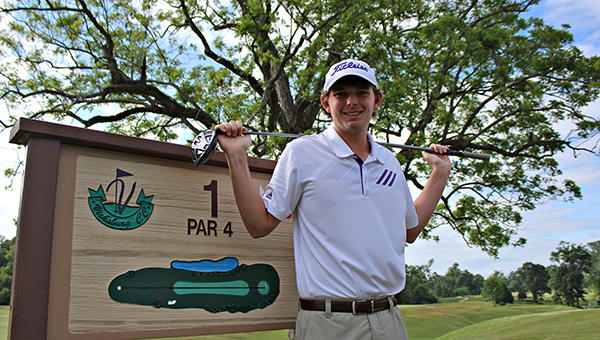 For six years, Wilson Palmertree was a staple of St. Aloysius’ golf team. He was the next link in a nearly 20-year-long chain of outstanding players who have brought championships and success to the program.

This was supposed to be the year he finally broke through. He was playing well in the early part of the season and focused on making a run at the MAIS Class 5A championship. Like so many other athletes across the country, he never got the chance and never will after the season was interrupted and eventually canceled by the COVID-19 pandemic.

“It was very disappointing that I just didn’t have another shot at state. That’s the only thing I’ve been really mad about,” Palmertree said. “I hadn’t had a state title and I wanted this year to be the year I get it, and I didn’t get the opportunity to. It bums me out. I’ve got to make the most of this, I guess.”

Palmertree has always been good, but was never quite able to break through to the championship level. He finished third in the MAIS Class AAA tournament in 2018, third at the South State tournament in 2019, and was often among the leaders in regular-season tournaments but never won one.

“I was always in the mix. I always ended up coming up short, which really bummed me out,” he said.

That seemed ready to change this year. Palmertree said he was playing some of his best golf in early March, just before the regular season was about to ramp up. St. Al’s first tournament was scheduled for March 17, and competition was suspended because of the pandemic on March 14.

“The way I was playing before the season, I don’t know if we would have gotten it as a team because we moved up a division and it was going to be a lot harder competition. But I think I had a good shot at the state title individually because I was playing the best I’ve ever played right before the season,” Palmertree said. “This year I wanted to be the year I won as many as I could.”

Despite the disappointment of having his high school career end early, Palmertree was trying to keep a positive attitude. He plans to attend Mississippi State beginning in the fall semester, and hopes to play in the Mississippi State Amateur and Junior Amateur tournaments this summer if they’re not canceled.

He said he’s glad to have chosen a sport that he can continue with for decades to come, even if it’s at a more recreational than competitive level.

“You can play golf the rest of your life. So missing out on my senior season sucks, but in the long run it’s not too bad because I’ll be able to play golf the rest of my life,” he said. “It’s not going to feel the same as playing those high school and junior tournaments, but there are men’s tournaments that are out there. I probably won’t have time to play but one tournament a year. I won’t have many competitive tournaments, but I’ll definitely be playing a lot.”

This will be the Summer of Golf for Palmertree. He’s spending most of his days patrolling the course at the Vicksburg Country Club, and will likely play even more once school finishes up. It’s not quite the way he wanted to finish out his senior year of high school, but is still pretty fun.

“I’m playing just about every day, because it’s been so boring. I get all my schoolwork done early in the day, so I come out there to play golf until it gets dark. I’ve been playing 18 just about every day,” Palmertree said. “This whole summer I’ll just be playing as much golf as I can.”