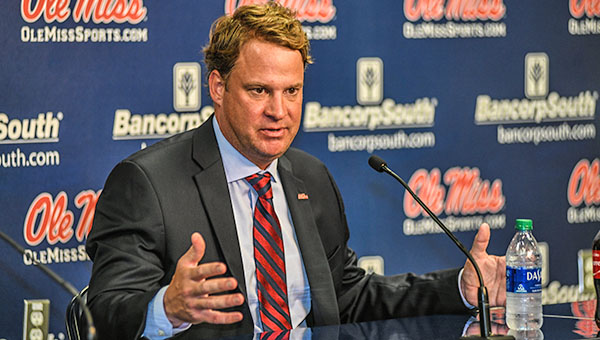 Ole Miss and Southern California have announced a home-and-home football series to be played in 2025 and 2026. It would be the first meeting between the teams, as well as the first time Ole Miss head coach Lane Kiffin (pictured) faced the team he led from 2010-13. (Bruce Newman/The Oxford Eagle)

OXFORD — Ole Miss and Southern California have agreed to a home-and-home football series for the 2025 and 2026 seasons, the two schools announced on Monday.

The Rebels will visit USC on Aug. 30, 2025, marking their first ever visit to Los Angeles Memorial Coliseum. Ole Miss will then host the Trojans in Oxford on Sept. 19, 2026.

“USC will always be a special place to my family and me, and we were excited to finalize this series,” Ole Miss head coach Lane Kiffin said. “This will showcase two of college football’s greatest gamedays, and we look forward to this meeting down the road.”

The games could mark Kiffin’s return to Los Angeles for the first time since he was fired as USC’s head coach seven years ago.

He also spent six years as an assistant coach at USC under Pete Carroll (2001-06), including the final two seasons as offensive coordinator. During that time, the Trojans won two national championships, and had two Heisman Trophy winners and a 65-12 record.

The 2025 encounter between Ole Miss and USC will mark the first meeting between the teams. It also is just the third time in program history that the Rebels will travel to California, after facing Cal in 2017 and Fresno State in 2011.

OXFORD — Ole Miss lost one of the university’s groundbreaking students and iconic football players with the death of Robert... read more