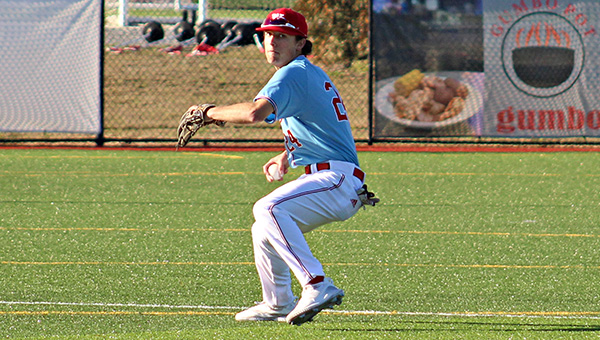 This is part of a series of stories recognizing Warren County’s senior athletes who had their 2020 spring seasons cut short because of the COVID-19 pandemic. The Vicksburg Post will attempt to recognize all of Warren County’s spring teams and athletes over the next couple of weeks.
Up next: Warren Central baseball.

Clayton Thurman
Clayton was a pitcher for Warren Central’s baseball team. His favorite sports moment was being selected as the Vikings’ 2019 Pitcher of the Year by his teammates. He is the son of Jimmy and Stacy Thurman. Clayton plans to attend Hinds Community College and play for its baseball team, and then go on to Mississippi State University. 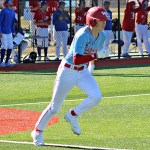 William “Gabriel” Katzemeyer
Gabe played football for three years and baseball for five at Warren Central. He said his favorite sports moment came on a bus ride home after winning a game last season.
“The bus ride was a time to create a bond with my teammates,” he said. “After a road victory, we enjoyed celebrating together as a team. What happened on the bus stayed on the bus! Thank you to all my coaches and mentors for a lifetime of memories.”
Gabe is the son of Brandy and Charles Katzenmeyer. He plans to play baseball at a junior college for two years, and then transfer to a four-year school and pursue a degree in engineering.

Kyle Dupree
Kyle has been a part of Warren Central’s baseball team since 2016. He said his final games this season, at the Battle at the Beach tournament on the Coast in March, playing baseball and hanging out with his teammates there was his favorite memory. Kyle plans to attend Hinds Community College. He is the son of Kari and Mike Dupree.

Shane Lewis
Shane played baseball and football for Warren Central, and has signed to play baseball at Mississippi State University. He is the son of Abigayle and Randy Lewis. Shane dedicated his senior season to his best friend, the late Carson Kurtz.

Shayne Ragan
Shayne played baseball and football for Warren Central. He said the Battle at the Beach tournament on the Coast during his sophomore season in 2018 was his favorite memory. Shayne is the son of Melvin and Karen Ragan.

Trevor Rouse
Trevor was on Warren Central’s baseball and bowling teams. Being around his friends and teammates every day in the locker room will remain his favorite memory. Trevor plans to attend Hinds Community College in Raymond, and then eventually transfer to Southern Miss. He is the son of Melisa and Gene Rouse.

Tyler Karel
Tyler played baseball for Warren Central for three years. He said his favorite sports memories will always be the bus rides and workouts with his teammates, when everyone was working toward the same goal. He plans to attend Hinds Community College and then Mississippi State University.