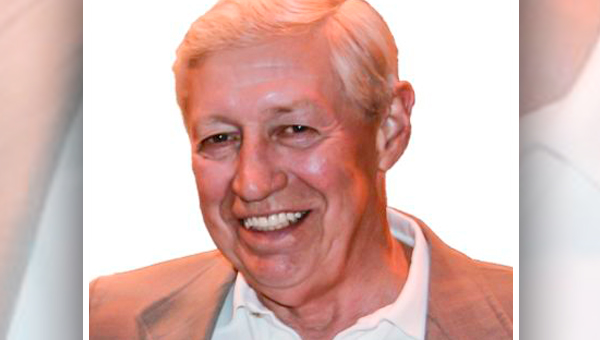 Remembering Gene Presley: ‘He was a super nice guy and I really miss him’

The friends and family of Gene Presley said their final goodbyes to a man who was known in Vicksburg as a businessman, outdoorsman and friend.

A native of Philadelphia, and a longtime resident of Vicksburg, Presley was the owner or co-owner of several businesses. He attended Mississippi State University and served as a company commander with the rank of captain in the Mississippi Army National Guard.

Presley died May 17, two weeks shy of his 80th birthday.

“He was an avid outdoorsman,” Presley’s brother Don said. “He was a hunter and a fisherman; he hunted mostly.”

Don said his brother was in the insurance business before joining him and their father at Presley’s Interstate Conoco truck stop along Interstate 20.

“It was full service; restaurant, hotel, wrecker service,” Don said. “We opened in ’71 and at the time it was one of the largest truck stops on Interstate 20 coast-to-coast.”

When the truck stop was sold, Gene and his wife Jean bought a restaurant and later began Southern Style Publications.

“He was an offensive guard at about 185 pounds and about the meanest thing on the field,” he said.

It was Gene’s association with Presley’s Truck Stop that led to his friendship with David McDonald.

“I was in the auto repair business in Vicksburg,” McDonald said. “He was doing a lot of towing for me. I was in the transmission business and half the cars we worked on quit going so we had to send a wrecker to pick them up. That’s where our friendship started.”

Presley and McDonald hunted together at St. John Hunting Club in Pattison, which Presley founded.

“Neither one of my parents or grandparents hunted, so Gene kind of took me under his wing and taught me a good bit about squirrel hunting and deer hunting and turkey hunting,” McDonald said.

McDonald said his son, Brian, and Presley’s youngest son Kacy went to school together from the first grade through high school, graduating from Warren Central.

“They both played football,” McDonald said. “When they were in the fourth grade playing YMCA football, Gene and I coached them in football.

“I don’t think Gene and I missed a football game from the fourth grade until they graduated; we attended every game,” McDonald said. “He’d do anything in the world for you; he was a super nice guy and I really miss him.”

After Presley moved to Eagle Lake, McDonald said he and Buddy Hanks would eat lunch once a month with him at LoSto. When Presley’s health began to fail they would stop by LoSto, pick up lunch and drive to his house to eat and talk about old times.

“He was one of the first people I met. I was invited to get into St. John’s and I met Gene and later was put on the board of directors of the club,” he said. “He was really great to work with. He was real personable and easy to get along with. He was a perfect host whenever we had meetings.”

Burford said he and Presley loved turkey hunting, adding, “We had some great hunts together. You couldn’t ask for a better hunting partner.”

Hanks met Presley through hunting, and their friendship grew through a joint venture.

Presley, he said, was always doing something.

“He coached little league baseball and he coached his boys in football. He was my son’s godfather and he took the godfather pretty seriously, because he was there when my son killed his first turkey and killed his first deer. He was just a good guy.”

Funeral services for Presley were held Friday at the Glenwood Funeral Home Chapel under the direction of Rev. Geoffrey Joyner of Eagle Lake Methodist Church. Following the service, he was buried at Greenlawn Cemetery immediately after.

In lieu of flowers, the family requested donations be made to Eagle Lake Methodist Church or St. Jude’s Children’s Hospital.

For years, parents have stood in early morning lines hoping to get their child registered for the YMCA’s Summer Day... read more