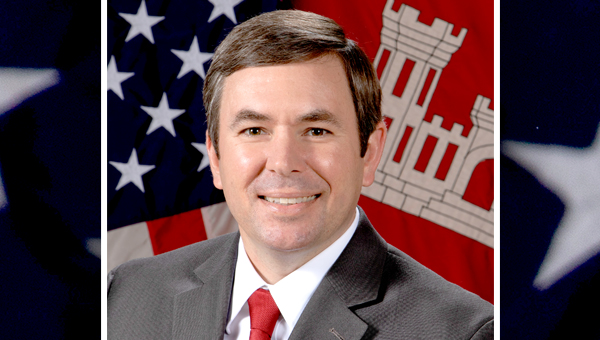 Dr. Tim Rushing, of the U.S. Army Engineer Research and Development Center has earned one of the top awards at the University of Alabama — the 2020 Civil, Construction and Environmental Engineering Department Distinguished Fellow Award.

Rushing, who serves as chief of the Airfields and Pavements branch in the Geotechnical and Structures Laboratory, graduated with a bachelor’s in civil engineering from Alabama in 2000. After earning a master’s and doctoral degrees from Mississippi State University, he joined the ERDC team in 2005 as a research civil engineer.

“I am extremely honored and excited to be recognized with this award from the University of Alabama,” Rushing said. “I am also very humbled that Dr. Edward Back and all the other faculty would choose me as a nominee.”

As an undergraduate student, Rushing worked on transportation and civil engineering projects. At the time, he did not realize that work was paving the way for his future at the ERDC.

“Those opportunities sparked my interest, which ultimately led to my decision to join ERDC in 2005 after working as a design engineer for five years,” Rushing said.

Throughout his 15-year career, Rushing has primarily researched expedient matting systems, which are flat, lightweight planks that can be quickly assembled to build temporary roads or airfields for the military. Since the 1940s, the ERDC, formerly known as the Waterways Experiment Station, has led all matting evaluation efforts for the Department of Defense.

“My research has focused on developing criteria to understand the deterioration of mat-surfaced airfields under repeated traffic,” Rushing said, adding his team also developed an air-droppable kit to rapidly repair bomb craters in runways. “This enables the Army’s airborne units to have the tools they need to rapidly open damaged airfields, which is a critical part of our force projection mission.”

“This is further proof of the great talented people we have working here at ERDC and GSL,” said Justin Strickler, chief of GSL’s Engineering Systems and Materials division. “This award recognizes Dr. Rushing’s accomplishments and contributions to the engineering community and his dedication to making the world a safer and better place. Tim continues to distinguish himself as a gifted researcher.”

Though his time as a student at Alabama is over, Rushing remains connected to his alma mater.

“I have recently helped ERDC recruit and hire several great students from UA and serve on several graduate committees,” Rushing said. “I am so proud to be a UA alum, and to know that I get to continue to be a part of the greatness within the College of Engineering, especially civil engineering.”

Because of COVID-19, the distinguished fellow award ceremony has been postponed to a later date.

As county officials discuss the best way to reopen or increase public access to county-owned facilities after the county’s emergency... read more