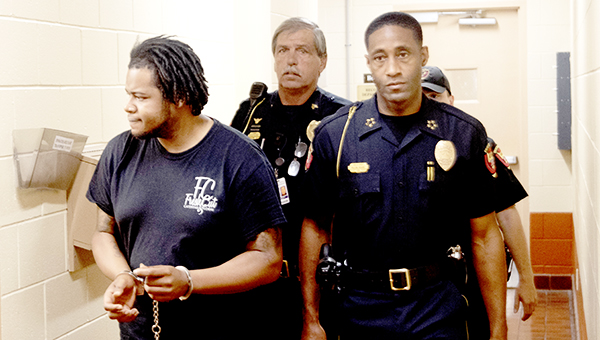 A suspected wanted by authorities for his alleged involvement in a shooting Friday at the Exxon gas station at the intersection of Clay Street and Mission 66 is in custody.

Xavier Kyle Taylor, 25, of Vicksburg, surrendered to officers at the Vicksburg Police Department Sunday morning. Taylor has been charged with one count of drive-by shooting and one count of aggravated assault.

Tuesday afternoon, Judge Angela Carpenter placed a $300,000 bond on Taylor and bound his case to the Warren County grand jury.

According to reports from the Vicksburg Police Department, the shooting took place before 8 p.m. Friday.

When officers arrived, they found evidence of a shooting and learned the victim had been taken to Merit Health River Region by a privately-owned vehicle.

Saturday, the Vicksburg Police Department said the victim was in stable condition and that his injury was not considered life-threatening.

Registration is underway for the Southern Cultural Heritage Center’s annual Southern Exposure Summer Camp which begins in less than a... read more