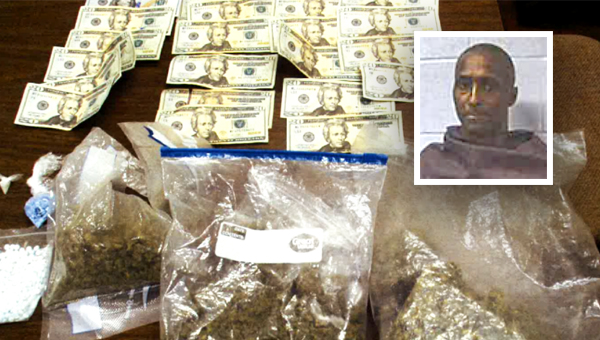 A Vicksburg man arrested Friday on a number of drug-related charges, including trafficking, made his initial court appearance Tuesday.

As part of an ongoing narcotics investigation, a search warrant was executed Friday on Jones’ Bayou Boulevard home.

Inside the home, authorities recovered approximately two pounds of marijuana, methamphetamine, more than 500 oxycodone pills and $880 in cash.

At that time, Jones was taken into custody. At the time of his arrest, Jones was out on parole with the Mississippi Department of Corrections that placed a hold on Jones.

A suspected wanted by authorities for his alleged involvement in a shooting Friday at the Exxon gas station at the... read more