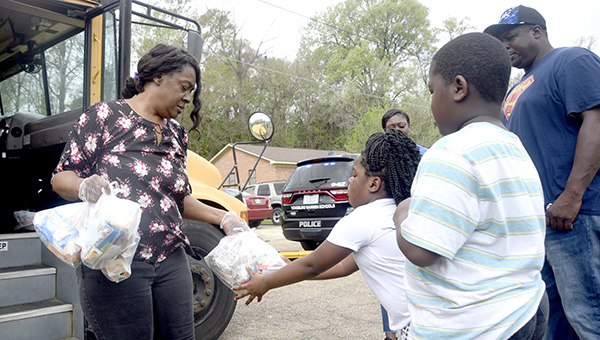 The well-orchestrated meals program the Vicksburg Warren School District has conducted since schools were shut down in March due to the COVID-19 pandemic will continue through mid-July, but with a slight change.

Thursday, during the District’s Board of Trustee’s meeting, Superintendent Chad Shealy said the current program will merge right into the District’s annual summer meals program, which is entering its fifth year.

This program will continue through July 17. There will not be meals available on Friday, July 3 because of the July 4 holiday.

The meals program, which began in March, provides children in Warren County a breakfast and lunch each day. Since then, a team made up of personnel from the child nutrition program, the District and volunteers has delivered meals to thousands of children each day by a network of bus routes.

The Vicksburg Police Department announced Friday the results of an early-morning arrest and discovery of drugs, cash and a gun.... read more