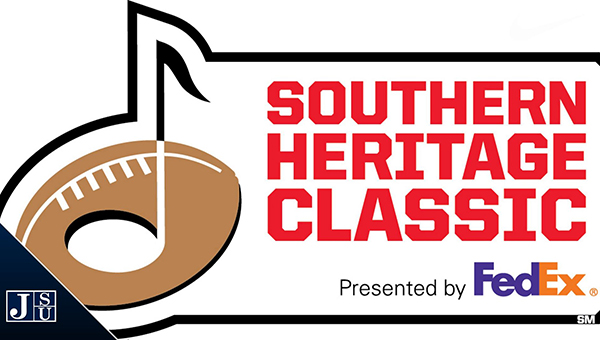 JSU’s game with Tennessee State canceled because of coronavirus

The COVID-19 virus has led to the cancellation of a long-running college football rivalry.
The Southern Heritage Classic announced Wednesday that the annual game between Jackson State and Tennessee State, played in the Liberty Bowl in Memphis, has been canceled.

This year’s game was scheduled for Sept. 12, in the second week of the college football season. In a release, the Southern Heritage Classic said the decision to cancel was made after reviewing the Shelby County Health Department’s COVID-19 directives regarding recreational or athletic activities.

More than 75,000 people attend the Southern Heritage Classic and its accompanying events each year. All events surrounding the game on the weekend of Sept. 10-12, including a parade and tailgate party, have been canceled as well.

Those who have purchased tickets for the football game can receive refunds at the point of purchase.

“I know this is a great disappointment to many who consider SHC one of the major highlights of the year. The health and safety of our attendees along with that of our staff, sponsors, and others is a top priority. I encourage everyone to keep practicing recommended safety and social distancing measures so that we can return to our usual activities as soon as possible,” said Fred Jones, founder of the Southern Heritage Classic.

Jackson State’s season opener is scheduled for Sept. 5, against Langston in Mississippi Veterans Memorial Stadium in Jackson. It was not immediately clear if it would try to fill the now open date on Sept. 12 with a new opponent.

“Although we are saddened that the 2020 Southern Heritage Classic has been canceled, we remain enthusiastic about the future of the event,” Jackson State’s athletic department said in a statement. “We are preparing for the 2020 season and are excited about the schedule we have in place.”

Malcolm Butler has added yet another accolade to a lengthy list. The former Vicksburg High and West Alabama star was... read more