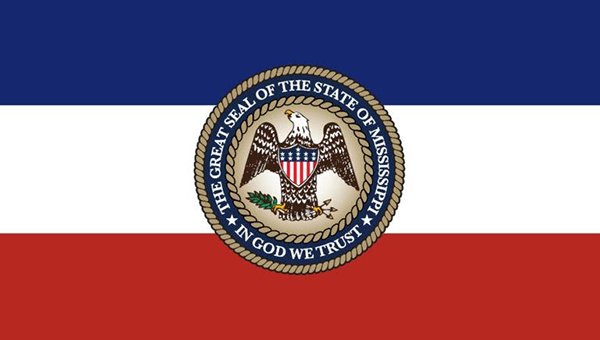 A day after the Mississippi Legislature voted to change the state’s flag and set the process of selecting a new one, officials have started giving their opinions on what the next flag should look like.

Monday, Mayor George Flaggs Jr. said there was one design he and others favor.

“I join former Mississippi Gov. Phil Bryant, U.S. Sen. Roger Wicker and a host of others who have endorsed the red, white and blue ‘In God We Trust’ flag for the State of Mississippi,” Flaggs said in a press release. “I believe this flag option will bring our state together like never before and continue the forward momentum we’ve seen in recent days. This is an exciting time for our state. We’ve now shown the nation what it means to be Mississippians, and I continue to believe our best days are ahead of us.”

The legislation to do away with the current state flag has yet to be signed by Gov. Tate Reeves, but he is expected to do that in the coming days.

Once that is done, a nine-person commission will go about selecting the design of a new flag that voters will vote for or against in November.

Phony cards claiming to be from the NAACP and containing handwritten notes telling people they may not be registered to... read more