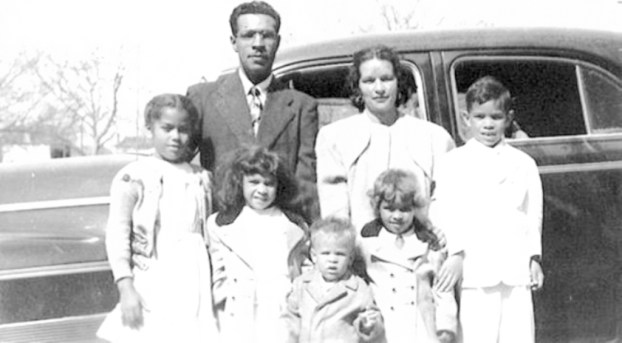 Henry and Evelyn Floyd with some of their children. (Submitted Photo)

Our memories of Mrs. Floyd are ‘endless and unforgettable’

Last Monday, we got word that Mrs. Evelyn Floyd had died. More well-known to more generations of people through her 12 children at St. Mary’s, this little woman of immense kindness and warmth and inclusion was likely the most identified-with woman in Vicksburg over many decades. Even today, most graduates of St. Mary’s identified their class and schooling with someone whose last name was Floyd and whose mother they knew well.

Her first-born, Elizabeth Ann, and simply Ann to most of us, is a classmate of mine. We started kindergarten together, and her subsequent siblings, Henry “Butch”, Peggy, Mary, down to and including Michael, were all my contemporaneous friends while the rest — Sharon, Rita, Joanie, Cathy, Angela, Peter and Paul — I still refer to as “the children.” After all, the rest of us were every bit of 10 years older.

Guarding and guiding, not to mention cooking for all of them each day, Mrs. Floyd with her beloved late husband, Henry, raised their children in the church and educated all of them into an enviable adulthood. They were fun, and they were smart.

When she left her home in Vicksburg, she was 95 years old, and still driving every day. When she’d see me with a cane, she would smile her impish smile because she didn’t use or own one, and probably was thinking I was playing “old” like years ago when I’d played “grown.”

She told great stories. As a child, she had helped hand Sr. Inviolata the paintbrushes as the nun alone hand-painted the sanctuary in the church. She joined with the other women who, regardless of what else they did, came every Saturday without pay to clean the church for Mass on Sunday. And like the other wives and women, she brought home-cooked dinners to her husband in the evening every day when all the men would leave their full-time jobs and go directly to the gym to help in building it themselves.

I loved the story she once told me of how she’d scrupulously carve out a weekly quarter for her husband so he could buy himself a nickel Coke to have with his sandwich every day. And the recipes that will stay treasured in the pages of St. Mary’s Cookbooks for untold years to come. They are a history in themselves.

A special friendship was with Mrs. Hazel Brown, with whom she took a Christmas picture every year, and now will mourn her.

Once, Dr. Calloway and I had asked her to come and see some pictures of St. Mary’s people whom we did not know, and when her eldest daughter demanded to know where she had been alone at midnight, she answered, “At the funeral home, and we were having so much fun.”

Our memories are endless and unforgettable.

So we will all be there when she finally comes home.

Like she was here for all of us, and for all those years.

But it just won’t be the same.

Without her, it won’t ever be the same.

Yolande Robbins is a community columnist for The Vicksburg Post.

We have a unique opportunity this Fourth of July

In all the rancor of the COVID-19 pandemic, the argument over whether or not to wear masks, the snide remarks... read more