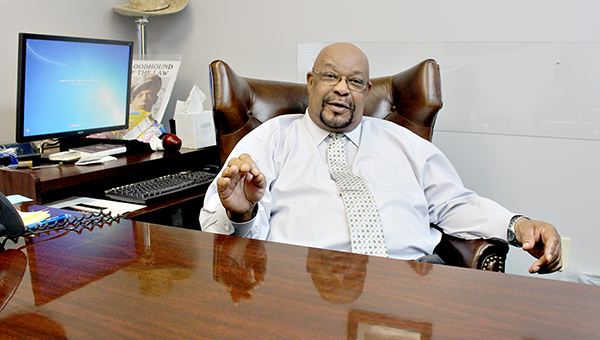 Vicksburg’s Donald Brown has been elected to serve as chairman of the Mississippi State Personnel Board for fiscal year 2021, which began Wednesday.

Brown, who is deputy executive director of Warren-Yazoo Behavioral Health, has worked with the Mississippi Employment Security Commission, the Mississippi Department of Human Services, and the Vicksburg Early Education Center.

In addition to his work with Warren-Yazoo Behavioral Health, Brown has served on a number of business and community organizations, including serving in his current role as chair of the Warren Couty Port Commission. He also serves on the board for NRoute.

As for his work in the area of workforce development, Brown works with the Governors Job Fair Network and the Vicksburg-Warren Chamber of Commerce in organizing an annual job fair each August.

In a 2016 interview with The Vicksburg Post, Brown said he has always felt called to volunteer and serve both his community and his state.

“I’m very proud of the community, and my whole life is about service,” Brown said. “I think that’s what I was called to do because other people saw something in me and gave me the opportunity to serve.”

Joining Brown on the board are Col. Nick Ardillo Jr. of Columbus, Stephanie Cummins of Brandon, and Alwyn Luckey of Ocean Springs.

Members of the board are appointed by the governor, with the advice and consent of the Senate. Members serve a five-year term.

According to the Mississippi State Personnel Board’s website, the board “is the central human resources management agency for state entities and employees. MSPB’s mission is to lead the way in human capital and workforce management. Established in 1980 by the Mississippi Legislature (see Miss. Code Ann. §§ 25-9-101 et seq.), MSPB’s role is to maintain a fair system of employment that provides employees a good future; agencies a stable supply of quality people; Legislative decision-makers quality information and financial controls for personnel costs; and citizens the most effective and efficient government.”