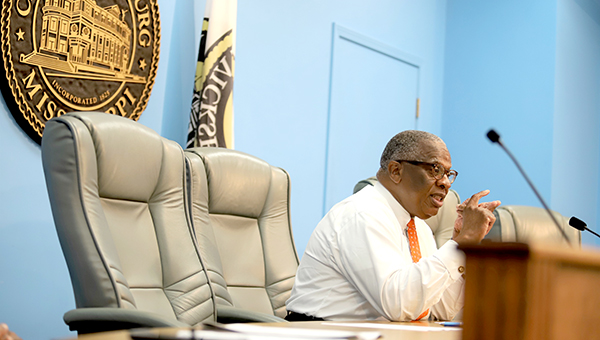 A special police officer will soon be enforcing the regulations for local restaurants and businesses outlined under the city’s emergency declaration for the COVID-19 virus.

The Board of Mayor and Aldermen on Monday approved hiring the compliance officer, who will work 20 hours a week at a rate of $25 an hour. It is the same rate as the city’s part-time police officers.

Mayor George Flaggs Jr. said the compliance officer would make random visits to businesses to determine if they are complying with the regulations laid out in the city’s current civil emergency orders.

“The first time they are not in compliance, we’ll give them a warning,” he said. “Then we’ll keep going around and then the second time (violation) will be a $1,000 fine.”

Flaggs said the officer, who will be assigned to the mayor’s office, would have other duties besides enforcing the COVID-19 regulations.

Flaggs said the officer will work security at board meetings and serve as the mayor’s driver.

Thursday, Flaggs said he interviewed candidates Wednesday and Thursday and will make a recommendation to the board during its meeting Friday.

Flaggs said he would hire the officer at a July 2 press conference. The move was in response to reports he received about businesses not adhering to the strict social distancing guidelines put in place by local and state governments.

“The numbers are steadily rising. As I ride around and given the number of complaints I get, it doesn’t seem it is working to simply have an ordinance on the books,” Flaggs said at the time. “I don’t want to tie up the police department in this. I think it would be much more cost-effective if we do it this way.

“This will give us the ability to spot check and target businesses to make sure they are complying,” he said.

The city of Vicksburg is the beneficiary of more than $5 million in state bond money. Gov. Tate Reeves signed... read more