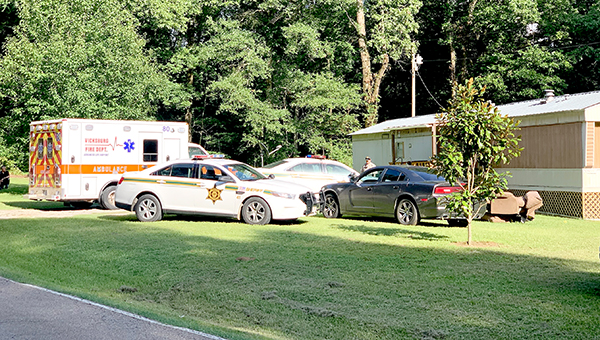 Warren County sheriff’s investigators are looking for answers in the shooting death of a man at a home on Jeff Davis Road.

Warren County Sheriff Martin Pace said a sheriff’s deputy on patrol in the Jeff Davis Road area was flagged down just after 5 p.m. by some people on Jeff Davis Road who said they found an acquaintance of theirs who appeared to have been shot.

The man was found inside the home where he was declared dead by Warren County Coroner Doug Huskey. An autopsy has been ordered.

Deputies were seen outside the home searching the property for shell casings and eight markers were seen in the area around the home.

“We don’t have a lot of details at this time,” Pace said. “We don’t have positive identification (of the victim) to notify family. We’re processing the scene.”

Once detectives have finished processing the scene, he said, “We will start interviewing people in this area and see who might have heard something.

“It appears at this time (it is) one individual in the home by himself. It’s unclear at this time if the shots were fired in the home or outside the home,” Pace said. “That’s what we’re trying to sort out at this time.” He would not comment on whether there were any possible suspects, citing the investigation.

“We’re moving forward with this investigation as quickly as we can and as thoroughly as we can,” he said.

The Post will continue to provide updates when information is made available.

Employees with Theobald Construction Services LLC of Vicksburg have begun work on repairs to a section of Old U.S. Highway... read more