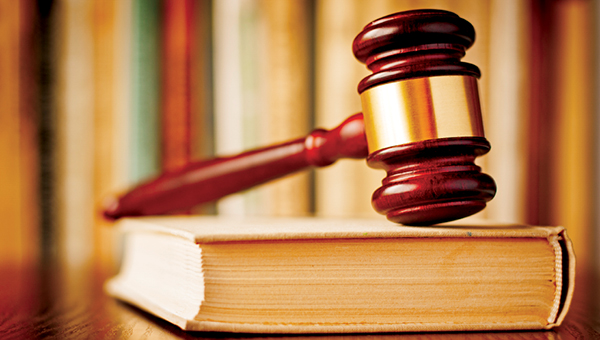 A Vicksburg man has been indicted on multiple charges involving a July 2019 drive-by shooting in the 1200 block of Second North Street in which shots were fired at a house.

The multi-count indictment handed down by the May Warren County grand jury against Antwon Jacobs, 30, 1001 First East St. No. C, charges him with drive-by shooting, shooting into a dwelling and three counts of aggravated assault in the incident, which occurred July 10, 2019.

According to Vicksburg police reports, the charges stem from an argument involving Jones and a female companion and the residents of the home.

The couple believed one of the people in the house stole a bicycle and went to the house to confront the alleged thief. When they got to the house, an argument occurred and the couple got into the car and shots were fired at the house as they drove off.

Officers later stopped the car the couple was in and took them into custody. According to Circuit Court records, the case against the woman was closed and she was not charged in the incident.

In another case, Kendrick M. Ford, 23, 1203 Second North St., and Cameron D. Roby, 18, 423 Poole Road, are charged in a multiple count indictment with drive-by shooting, shooting at a motor vehicle, shooting into a dwelling and four counts of aggravated assault in an Aug. 2019 drive-by shooting in the 200 block of Starlight Drive where a car and a house were shot multiple times.

According to Vicksburg police, the homeowner told authorities Aug. 26, 2019, that someone fired shots into her home and into a vehicle that was parked in her driveway at around 9:50 p.m. There were multiple people inside the home.

No one was injured.

• Nakeisha Lonette Blue, 35, 209 Hillside Drive; aggravated assault. She is accused of using a shotgun to hit another woman in the head and arm during a Jan. 22 fight at a home on Meadowvale Drive.

• Jonathan Eugene Meadows, 38, 4261 Dogwood Lane; aggravated assault-domestic violence. He is accused of beating a woman and trying to run over her with his car during a March 14 incident in the 2100 block of Iowa Boulevard.

• Jerome Turner III, 33, 8348 Halls Ferry Road; domestic violence-fourth-offense (simple assault) and kidnapping. The indictment accuses Turner of beating up a woman and then taking her from her home to his car and preventing her from leaving. Fourth-offense simple assault is a felony crime.

• Six teenagers have been indicted in the November 2019 armed robbery and beating of a man in the 1100 block of Bowmar Avenue.

Roby and Samuel Smith are each charged with possession of a stolen firearm.

He is accused of breaking into a house in the 800 block of Walnut Street, assaulting his estranged wife and forcing her into his car at knifepoint.

According to Vicksburg police reports, the homeowner told police that Brown kicked in the door to his home and held the woman at knifepoint.

Officers received a description of the vehicle Brown left in and later stopped it in the area of Cherry and Crawford streets after a brief chase. The woman was unharmed, and Brown was taken into custody without incident.

• Cody Alan Dogan, 23, Culkin Road, and Brian Willis Odom, 30, 225 Steve Road; non-residential burglary. They are accused in the Jan. 3 burglary of Pickering Remodeling, 5500 Gibson Road. Odom was indicted as a habitual offender because he had two previous burglary convictions.

• Samuel Lee Craig III, 36, 1414 B, Greenhill Road; possession of a weapon after felony conviction. Craig was indicted as a habitual offender because he has two previous felony convictions for burglary.

• Demond Kentrell Thomas, 18, 50 Whipperwill Drive, and Jamaris Demond McDaniel, 19, 1524 Military Ave.; two counts conspiracy to commit a felony and one count of burglary of a dwelling in the Dec. 16, 2019 burglary of a house in the 300 block of Meadowvale Drive.

• Latonya R. Woodland, 45, 1807 Main St.; two counts of credit card fraud involving $10,000 taken from a credit card account belonging to another person. She was indicted as a habitual offender because she has two previous felony convictions.

• Jeremy Dwayne Austin, 32, 5610 Gibson Road, possession of a controlled substance-cocaine. He was indicted as a habitual offender because he had two previous felony convictions.

Warren County sheriff’s investigators are looking for answers in the shooting death of a man at a home on Jeff... read more