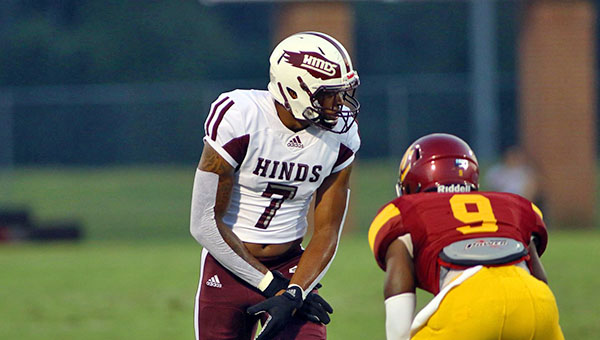 CHARLOTTE, N.C. — The National Junior College Athletics Association announced in a statement Thursday it has recommended that a majority of competition be played in the spring semester of the 2020-21 school year in response to the COVID-19 pandemic.

The recommendation was made by the 14-member NJCAA Presidential Advisory Council — including Meridian Community College president Tom Huebner — along with NJCAA president and CEO Dr. Christopher J. Parker and NJCAA board chair Mick McDaniel.

Rules and procedures are being finalized, according to the statement, with an official plan of action set to be determined at the NJCAA Board of Regents meeting Monday. Individual regions, such as Region 23, which houses Mississippi’s community colleges, will discuss the changes prior to the meeting.

“We must adjust accordingly to support and sustain NJCAA programs,” Parker said in the statement. “The Association as a whole is collectively working to provide the best opportunities to be successful on and off the field for our student-athletes.”

The NJCAA last month released measures for returning to athletics in the fall. Those included delaying start dates for fall sports and pushing up start dates for winter sports in an effort to finish competition by Thanksgiving break.

The MACJC member presidents voted two weeks ago to delay the start of the football regular season to Sept. 10 and play an eight-game schedule instead of nine.

In a radio interview earlier this week, Mississippi Community College Board executive director Dr. Andrea Mayfield said the board would vote on the issue Monday and “it is probably going to pass.”

On Thursday, the California Community College Athletic Association announced it is moving all sports, including football, to the spring.

The CCCAA has 110 member colleges and approximately 24,000 athletes.

Tuesday, July 14, 2020 is shaping up as one of the most important days in the history of high school... read more