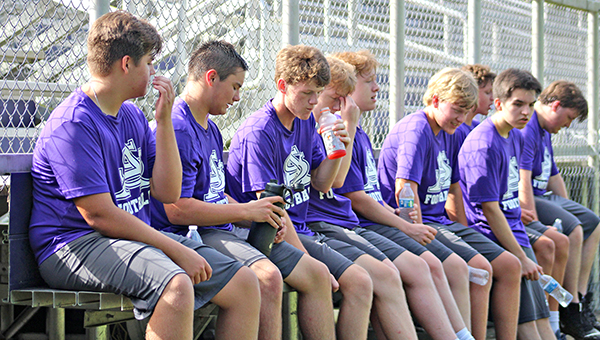 Tuesday, July 14, 2020 is shaping up as one of the most important days in the history of high school sports in Mississippi and Louisiana.

In Mississippi, the 15 members of the Mississippi High School Activities Association’s executive committee will meet to discuss — and possibly decide on — the various courses of action available for the fall sports season.

The same day, Louisiana’s Board of Elementary and Secondary Education will hold a special meeting to discuss a number of issues related to the COVID-19 pandemic. Among them could be whether to allow athletic competitions. Last week, state senator Cleo Fields of Baton Rouge, the Senate Education Chairman, called for the suspension of all athletic events during the fall semester.

The Mid-South Association of Independent Schools, which has members in both Mississippi and Louisiana, has said it is planning to begin as scheduled but might be forced to follow higher guidelines from the two state legislatures.

Higher up the food chain, Dr. Andrea Mayfield, the executive director of the Mississippi Community College Board, said in a radio interview Thursday that the state’s junior colleges are likely to vote on Monday to push their football season to the spring. Also Thursday, the Big Ten Conference said it would only play conference games this football season.

The various governing bodies could opt to hold off a little longer, but it’s quickly approaching the time when a decision must be made one way or the other.

If football season is delayed, then it alters the logistics of the season. Key dates, such as the start of preseason practice and playing dates, get thrown into flux. If a single school district elects not to field a team, then their opponents don’t have much time to find new ones.

If the season is canceled, then everything grinds to a halt. Teams that have been practicing for the past month will probably go back on hiatus for the foreseeable future since there’s not much point in preparing for the 2021 season when it’s 13 months away.

Moving football and other fall sports to the spring is also not as easy as it seems. The spring sports schedule is already crowded, and both coaches and athletes would be stretched thin. Some are involved with sports in both seasons, which would be almost impossible if they are now playing at the same time.

Moving the spring non-contact sports to the fall would also be problematic, since most of those athletes have not formally practiced since March. Getting everyone back in shape and throwing a season together in a couple of weeks would be a Herculean task. Another spike in COVID-19 cases that forces a shutdown might also mean no high school baseball or softball until 2022.

If the decision is made to proceed on schedule and start the 2020 football season on time, there are still plenty of issues to deal with besides spacing players out and sanitizing equipment.

Many athletic departments rely on the money made from football to fund other programs, so limiting attendance will have a ripple effect across the entire budget. Travel budgets will almost certainly explode, since fewer players will be allowed on a single bus. A couple of positive COVID-19 tests could force teams to forfeit games while their rosters are quarantined.

These are all weighty matters, and the MHSAA, MAIS and Louisiana officials will certainly give them the consideration they deserve. All of the governing bodies probably have folders containing Plans A through Q.

Options are not always a good thing. No matter what course of action they settle on, there will be people unhappy with the decision. So which one will they pick? Which one can they pick, and live with?

It’s not an easy decision, but it’s one they’ll need to make Tuesday.