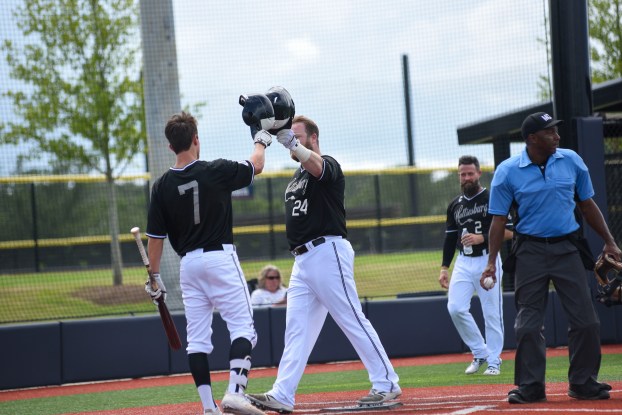 The Hattiesburg Black Sox will have a chance to win a state championship in their adopted hometown.

The Black Sox won two games Saturday to remain in the winners’ bracket — and the driver’s seat — at the Mississippi Baseball Congress state tournament at Sports Force Parks on the Mississippi.

The Black Sox will play either the Jackson 96ers or the Mississippi Stars Sunday at 1 p.m. in the championship round at Sports Force. The 96ers and Stars will play an elimination game at 11 a.m.

The tournament is double-elimination, so the Black Sox will only need to win once while the 96ers or Stars must beat them twice. If another game is necessary, it will be played immediately afterward at about 3:30 p.m.

The Black Sox beat the 96ers 4-2 on Saturday, as well as the Mississippi Stars 9-1. Seven teams are competing in the tournament, which will crown the state’s top amateur team. The Black Sox have won it seven times since 2008, including each of the last two years.

The Black Sox, a Central Mississippi-based amateur team comprised of former college and pro players — several of them from Warren County — is playing its home games at Sports Force Parks this summer. The state tournament is the fourth weekend in the last five that they have played games there.

Low scores were easy to come by in the first round of the Warren County Championship, setting up what should... read more