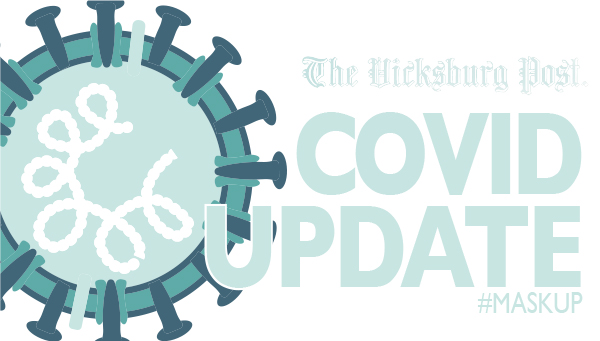 Gov. Tate Reeves said Monday that nine more counties are being considered as hot spots in Mississippi, bringing with them additional COVID-19 restrictions and social distancing measures. But even though Reeves did not rattle off the full list of the nine, it is believed Warren County is among those being considered.

Monday, as the state reported just 653 new cases and six additional deaths, Warren County announced three more, pushing its two-week total to 256, well-above one of the metrics used by the state in declaring a county a hot spot. The new cases also push the number of cases per 100,000 residents in Warren County to 526, which also surpasses the limit set by state officials.

Reeves and state medical officer Dr. Thomas Dobbs had previously stated that any county that reports more than 200 cases in a 14-day period and surpasses the 500 cases per 100,000 people threshold would likely be declared a hot spot. Claiborne and Sharkey counties are among the current 29 counties with that declaration.

The three new cases Monday pushed the estimated number of active cases to 232, which is the highest thus far during the pandemic. Last Monday, the number of estimated cases stood at 189.

Monday also marks a week since the mask mandates in Vicksburg and Warren County have been active. The city’s mandate, which requires face coverings in all businesses and public buildings, went into effect on July 18, while the county’s order went live on June 20. Both mask mandates now expire on Sept. 8 at the earliest.

Even though Monday’s report showed a slight decrease in the number of hospitalized patients with COVID-19 or presumed cases, the numbers remain near pandemic highs. The number of patients in intensive care units was 304 Sunday, down from Saturday, but Saturday’s figure of 311 was a record during this months-long pandemic.

As for patients on ventilators, the state set a new high mark Saturday with 168 on ventilators. Sunday, that number dipped to 166.

Scouting has played and continues to play, a significant role in the lives of Vicksburg’s youth. In a 1963 centennial... read more