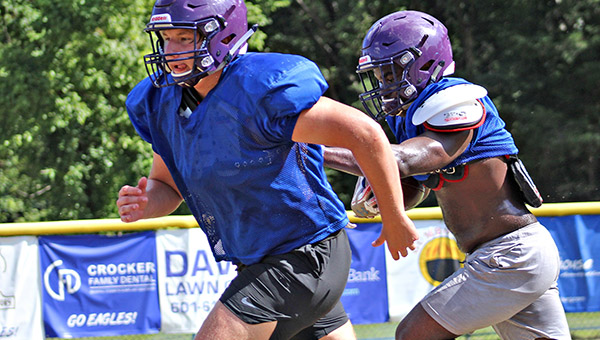 One of my annual chores in the sports department is typing up football schedules. It’s tedious work, but it’s necessary and enjoyable. They come in too many different formats to simply copy and paste, and typing them out helps familiarize myself with the schedule and spot some of the more intriguing matchups. Doing them once also saves chasing them down each week during the actual season.

Back in March and April, I filled some of the down time during the first part of the pandemic by knocking out this crucial bit of business.

It was not time well spent.

By early July, the 2020 football schedule started unraveling as COVID-19 returned with a vengeance. High school and college games were canceled. The NFL canceled its preseason. The SWAC nuked its season and will try to play in the spring.

Among Vicksburg High’s first three games, only one has survived in its original form — and even that one, the rivalry game with Warren Central, added the status of being the Red Carpet Bowl.

Just this week, Vicksburg added a neutral site game against Biloxi to the schedule, but don’t yet have the site.

All of that came before the SEC announced Thursday that it will only play conference games, thus hitting the reset button on its entire schedule. Conference USA will probably follow suit soon, since most of its non-conference games have been blinked out of existence by the actions of other leagues.

Seeing the 2020 schedule implode has been stunning and exhausting. High school schedules normally run on two-year cycles. It takes literal acts of God to make the NFL cancel or move a game, and sometimes they even play through those.

Colleges have scheduled games into the 2030s. Ole Miss has one on the books for 2037.
The 2020 schedule has hardly been the “set it and forget it” model that we’re used to, which might be appropriate for this stupid year.

Looks like it’s time to retype the SEC schedule. Hopefully it sticks this time.

Brees says he’ll stand for anthem, but respects those who kneel