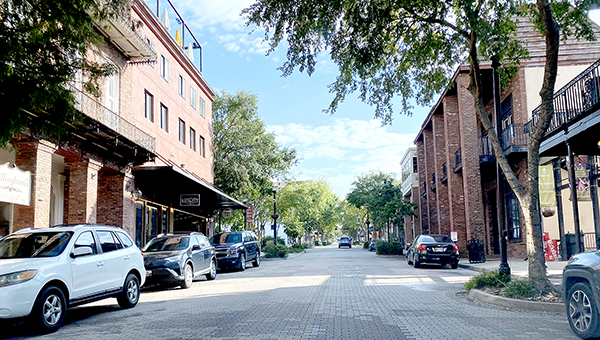 Flaggs recommended blocking one lane of Washington Street between Clay and South streets and making it a southbound one-way street at a Sept. 9 public hearing but scratched the idea after six people opposed it.

But at Monday’s meeting of the Board of Mayor and Aldermen, the mayor said he would recommend at a Sept. 30 special meeting making Washington Street, between Clay and South, one way on Fridays and Saturdays from 7 p.m. to midnight beginning the first weekend in October.

“At Ritz (on the River) a lot of people came to me and told me they believe the one-way traffic is safe and better downtown,” Flaggs said. “I have every intention of flip-flopping.

“I do believe that downtown is coming back,” he said. “I saw crowds this weekend downtown I’d never before (seen) on Friday and Saturday nights. If we’re going to open up this town I believe we have to do this. Let’s look at it for doing it just the month of October.”

The decision to revise turning Washington Street into a one-way street between Clay and South streets is the latest attempt by Flaggs to increase business for restaurants in the downtown area.

The board initially approved a plan to block of Washington Street between Clay and South that was to start with the Labor Day weekend. It was later delayed a week and then scrapped because of a lack of customer traffic.

The Board of Mayor and Aldermen on Monday honored members of the Vicksburg Police Department for their work in a... read more