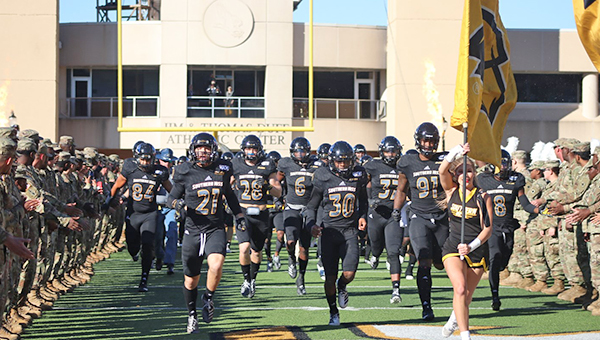 Southern Miss has postponed Saturday’s road game at UTEP because of a spike in COVID-19 cases among its players, the university announced. (Southern Miss Athletics)

HATTIESBURG — For the second week in a row, COVID-19 has claimed a victory over Southern Miss’ football team.

Southern Miss announced that Saturday’s game at UTEP has been postponed after an increase in COVID-19 cases in the program.

Both schools, along with Conference USA, will work together to reschedule the contest for later this season.

“The health and safety of everyone involved continues to be our guiding force which made this decision to postpone the game the appropriate one,” Southern Miss Director of Athletics Jeremy McClain said in a statement. “We are disappointed for our student-athletes who will not get a chance to participate for a second-straight weekend, however, we will work with UTEP, in conjunction with Conference USA, to reschedule this game for later this season.”

Southern Miss has not played since beating North Texas 41-31 on Oct. 3. Its next scheduled game is Oct. 24 at Liberty. Its next home game is against Rice on Oct. 31.

UTEP (3-2) will play at Charlotte next Saturday.

This is the first game on UTEP’s schedule to be affected by the virus. More than 30 Division I college football games have been canceled or postponed this season because of outbreaks on various campuses.

“We are concerned about the Southern Miss team and hope they get healthy and return to play soon,” UTEP coach Dana Dimel said. “We were excited to play our first home game in a month. We’ll set our sights on next week’s game at Charlotte and trying to get a good road victory for our football team.”

RAYMOND — The best game of Connor Smith’s college football career ended with a moment he might never top. The... read more