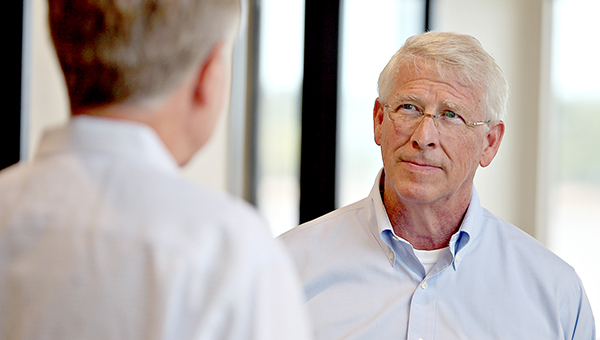 Last year, the late Justice Ruth Bader Ginsburg gave what would become her last major interview, reflecting on the Supreme Court and her long life of service. At one point she was asked about “court packing,” the practice of adding new seats to the Supreme Court to guarantee favorable rulings. She flatly rejected the idea.

“If anything would make the court look partisan, it would be that,” she said. Instead, the number of justices should remain the same: “Nine seems to be a good number. It’s been that way for a long time.”

Justice Ginsburg is now gone, but her wise words continue to ring true. Indeed, for decades both parties have denounced court packing because it would undermine the separation of powers and confidence in our legal system. But in recent years, some Democrats in Congress have suggested court packing as a way to counter the growing number of Republican-appointed justices on the Supreme Court.

For example, U.S. Rep. Jerrold Nadler, who chairs the House Judiciary Committee, said a future Democrat-led Senate should “immediately” move to pack the court. Likewise, Senator Ed Markey called on Democrats to “abolish the filibuster and expand the Supreme Court.” Even Chuck Schumer, the Senate Minority Leader, said “nothing is off the table” if Democrats win the presidency and control of the Senate in November.

Court packing was last attempted by President Franklin Roosevelt in the 1930s. The Supreme Court had struck down several laws that were part of Roosevelt’s New Deal. Unable to win on the merits of his proposals, he attempted to change the court. In 1937, he launched an effort to add up to six new justices.

Americans rallied against the plan, understanding that an independent judiciary was vital to our system of government. Even Roosevelt’s own Vice President, John Nance Garner, came out against it. The Democrat-led Senate defeated the proposal by a 70-20 vote.

Roosevelt would end up appointing eight Supreme Court justices — not because of court packing, but because he filled vacancies in a constitutional manner during his 12 years as President. Winning at the ballot box was the appropriate way to have an impact on the judiciary. The same lesson holds true today.

Supreme Court is not a Super-Legislature

Like FDR, those who urge court packing today are looking to federal judges to produce certain outcomes. But this goal misses the point of having a representative government. It is the job of Congress and the President, not judges, to make policy for our nation. Judge Amy Coney Barrett said it best in her recent hearing on Capitol Hill: “The policy decisions and value judgments of government must be made by the political branches elected by and accountable to the people. The public should not expect courts to do so, and courts should not try.”

Elections have consequences, and the winners have the authority to nominate and confirm judges and justices to the federal bench. Regardless of the outcome in this year’s contests, the President and the Senate should use this authority only as vacancies occur. Packing the court is a dangerous idea that should once again be rejected by all parties.