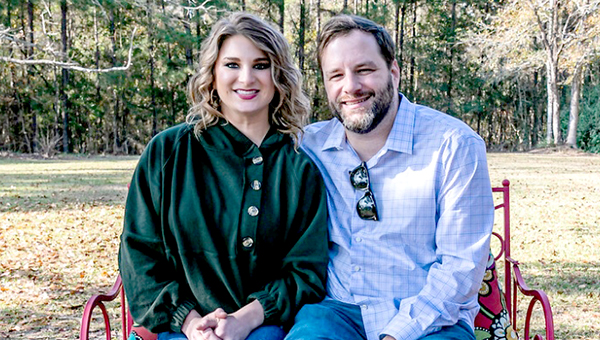 With hopes of having their wedding at Cedar Grove, Hannah Holliman and Tim Parris put down a $1,000 deposit to secure a date.

But nearly a month before their Oct. 17 wedding date, the iconic Vicksburg bed and breakfast was sold. The facility’s staff was let go and all the reservations — including the one made by Holliman and Parris — were canceled.

While their wedding plans were now up in the air, one of the questions they had was whether or not their non-refundable deposit would in fact be refunded.

It was no fault of Holliman or Parris that the bed and breakfast was sold and their wedding canceled. But, still, there was doubt.

Thankfully, about two weeks after they had been informed by the former management that all events had been called off due to the sale, the couple received their refund with an added bonus. In addition to the deposit, the couple was given an extra $500.

“It was a very nice surprise and generous that he (Mark Zipperer) did that,” Holliman said. Zipperer is president of Pride Hospitality, which owned and then sold Cedar Grove. “He (Zipperer) said he had a daughter and he would not want her to go through that. I thought that was really sweet.”

Cedar Grove had been on the market for about six months before being purchased by the THEP Corporation on Sept. 21.

“We got an offer and the (new) owner(s) wanted to close on it very quickly, which we did and then the owners decided they wanted to close the business for renovations,” Zipperer said in an interview with The Post after the facility was sold and closed.

The transaction included everything inside the home, the Riverview suites, the chapel, mansion, carriage house and pool house, which was estimated to be 3.5 acres.

The cottages that had originally been part of the property were sold off earlier to Dr. Steven and Kendra Reed, owners of the nearby property and McRaven House.

As for Holliman and Parris’ wedding plans, everything is on hold for the moment.

“Right now it is on pause because we really couldn’t find anywhere that was in our budget right now,” she said. “We were thinking about January, but with COVID-19 still going on pretty strong, I don’t know if anything would be open.”

Holliman said she and Parris were just going to wait and see how this year goes and “Hopefully be able to get married next October somewhere.”

Returning to Cedar Grove would not be out of the question, Holliman said, if it were to reopen and have the same offerings. Holliman said she has not been in touch with the new owners but hopes to make contact to see if they will be holding weddings in the near future.

“Cedar Grove had been our dream place,” she said.

Holliman said she came across Cedar Grove when she was looking for a place to hold her fiancé’s birthday a couple of years ago.

“We wanted to go to the Vicksburg battlefield because we are both into Civil War history and I found that place and it was just something about it. It was just like kind of preserved in history,” she said.

Holliman said after locating Cedar Grove she, along with Parris and some of their friends, stayed at the bed and breakfast for Halloween two years ago.

“We had a really good time. It was just something about the atmosphere that we both really liked. It was like it was preserved in a time capsule,” she said.

As the deadline for public comment nears, officials with the U.S. Army Corps of Engineers Vicksburg District report receiving a... read more