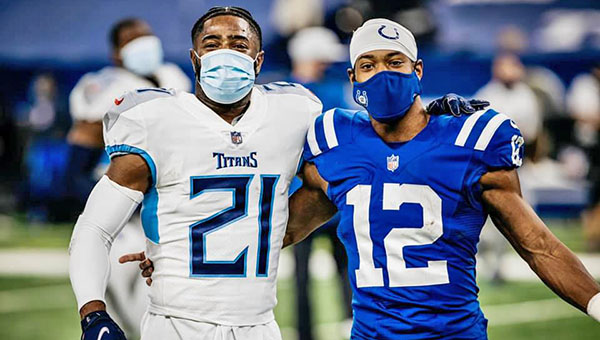 In August 1963, Martin Luther King Jr. stood on the steps of the Lincoln Memorial in Washington D.C. to give his iconic “I Have a Dream” speech.

The words of that speech, and the manner in which King delivered the message, changed the world and shaped a new future for this country.

“I look to a day when people will not be judged by the color of their skin, but by the content of their character,” King said in one of the more memorable sections of that speech.

But while there is still plenty of work left to do on the divisions in our society — especially when it comes to race — there is something that has happened in recent weeks that on the surface might seem trivial but speaks volumes.

Last week, Vicksburg native and current Tennessee Titan’s player Malcolm Butler donated thousands of dollars to three local organizations to provide gift cards for groceries to needy families in our community. This was in addition to the mountain of contributions and good works Butler has provided to Vicksburg and Warren County and in the communities he has been blessed to call home and play football.

Earlier this year, at the start of the COVID-19 pandemic, Butler donated $10,000 each to the United Way of Central Mississippi and Meharry Medical College, which funded personal protective equipment supplies and 600 grab-and-go meals for first responders.

Last year he purchased 25 turkeys for several retirement homes in Vicksburg, and each summer since 2015 he has hosted a free youth football camp in his hometown.

Those recent contributions, combined with his resume of other charitable contributions, landed Butler a tremendously prestigious honor when he was named the NFL Players Association’s Community MVP for Week 11 of the 2020 season. The honor was for his recent charity work in Vicksburg, Nashville, and at his college alma mater West Alabama.

The Community MVPs receive a $10,000 donation to their foundation or charity of choice from the NFLPA. The union will also set up a crowdfunding campaign where supporters can pledge donations to the player’s cause based on their on-the-field performances during the season.

The $10,000 donation and crowdfunding campaign for Butler will benefit the United Way of West Central Mississippi, with which he has partnered on a number of charitable endeavors in and around Vicksburg.

Butler has had an amazing career, which has now extended to his seventh NFL season and third with the Titans. He broke into the league as an undrafted free agent with the New England Patriots in 2014 and helped them win two Super Bowls and reach a third. His last-minute interception in Super Bowl XLIX sealed a 28-24 victory over the Seattle Seahawks.

But that is what Butler does and is a means to an end. His play and impact on the field, in the end, is irrelevant to the impact he has had on the lives of others.

Butler has proven that he is far more than a football player. He is a hero not just to our community, but to many others.

In Butler’s case, it is important that we change a few of the words in King’s historic speech; we look to a day when people will not be judged by what they do or how much money they make, but by the content of their character.

Wicker: Victory against this virus may finally be on the horizon