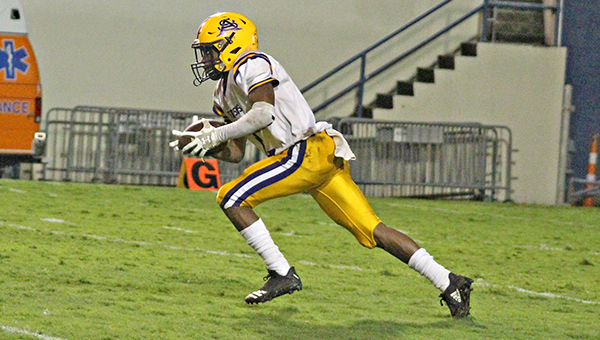 At the conclusion of a season that always seemed to be in danger of not finishing, a couple of Warren County football players will get to strap on the pads one more time.

Porter’s Chapel Academy lineman Dwight Blue and St. Aloysius running back Brennan Williams — as well as their respective coaches Blake Purvis and Stacy Sizemore — were both selected to play in the Mid-South Association of Independent Schools All-Star Game.

Both games will be played Friday at Jackson Prep in Flowood. Blue will play in the Class 1A-2A-3A game at 2 p.m., and Williams in the 4A-5A-6A game at 5 p.m. Tickets are $10 per person and will be sold at the gate.

Williams was a two-way starter for St. Al, as a running back and defensive back. He rushed for more than 100 yards in three of the Flashes’ last four games as they made a late-season charge to reach the Class 5A playoffs. Williams finished with a team-high 715 rushing yards and nine touchdowns.

Williams will play for the White team in the Class 4A-5A-6A all-star game. Sizemore is an assistant coach for the White. 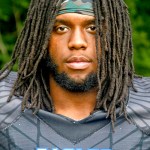 Blue was a two-year starter on the offensive and defensive lines for Porter’s Chapel. He had 41 tackles and one sack on defense this season, and started nearly every game on the offensive line. He will play, fittingly, for the Blue team in the all-star game. The Blue team’s coaching staff will also include Purvis.

The 1A-2A-3A all-star game will be played under 11-man rules, but includes a slew of 8-man players from the Class 1A and 2A ranks. A total of seven players from Class 1A finalists Tallulah Academy and Briarfield Academy were selected to the all-star game.

Joining PCA’s pair on the Blue team are Briarfield linebacker Crews Fortenberry and wide receiver/defensive back Undrea Spencer. Fortenberry had 141 tackles and six sacks this season, and also scored seven offensive touchdowns for the Class 1A champions. Spencer caught 37 passes for 641 yards and 10 touchdowns, to go along with 24 tackles and two interceptions on defense.

Their teammate, quarterback T.J. Baker, will play for the White team. Baker accounted for 3,429 total yards and 48 touchdowns — 23 passing and 25 rushing — this season. He also played defensive back and totaled 77 tackles and three interceptions.

Bart Wood will be an assistant coach for the White team. Greenville Christian’s John Baker, a Vicksburg native, will be the head coach.

The Sullivan brothers combined for nearly 2,500 rushing yards and 32 touchdowns this season, and were also starters on defense. Romero was one of the Trojans’ top tacklers, while the 275-pound Marsh Wood was a two-way threat as a blocker and receiver.

Marsh Wood caught 15 passes for 295 yards this season, with 11 of his catches resulting in touchdowns.