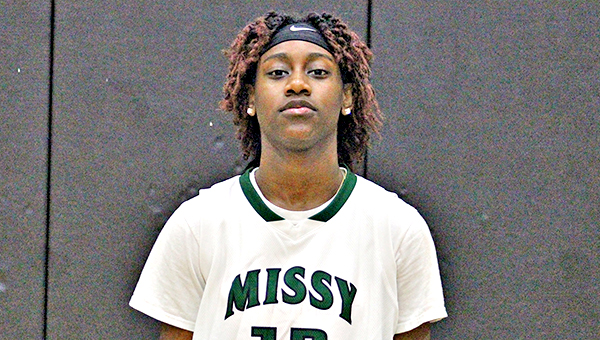 Layla Carter scored a game-high 16 points for Vicksburg High in a 57-33 win over Callaway on Tuesday.

JACKSON — With three games in a five-day span this week, the Vicksburg Missy Gators got exactly what they needed from the first one — a relatively easy win that let them rest up a bit.

Layla Carter scored 16 points, Ja’Na Colenburg had 12, and the Missy Gators crushed Callaway 57-33 in their Region 4-5A opener Tuesday night.

“It’s a good way to launch things. Our short-term goal is to try to win this division, so this is one step closer,” Vicksburg coach Troy Stewart said.

Sha’Kora Knight finished with eight points and four steals, and Janiah Caples had six points. Carter and Colenburg had five rebounds apiece to go along with their double-digit point totals.

The Missy Gators (9-5) won for the fifth time in six games. After a slow start Tuesday, they outscored Callaway 21-7 in the second quarter to take firm control of the game, and extended the lead to 46-20 by the end of the third quarter.

The big lead allowed Stewart to clear his bench. All 12 players on the roster saw playing time, and eight of them scored.

“The ladies that I brought off the bench kept their head in the game and gave us good, productive minutes rather than just going out there,” Stewart said.

The minutes from the bench toward the end of the game should pay some dividends later this week. The Missy Gators have a back-to-back on Friday and Saturday, with a road game at region rival Ridgeland followed by a matchup with Warren Central about 15 hours later.

It’s an annual routine on the first weekend in January. Stewart said it’s never easy for his players to handle it from a physical standpoint.

“I’ve found, for my girls, that their legs are gone. And when their legs are gone, we have to change the way we play because we have a small rotation. It’s always good to get these games under your belt now and see if what we put in worked during the week,” Stewart said. “It’s extremely hard. It’s a 10-, 12-hour turnaround. It’s real hard to get them some rest, get them home, and get ready for that game Saturday. I’m hoping my girls can handle it.”

Clinton (7-2, 1-0 Region 4-6A) got out to a 35-10 lead by halftime and was never threatened. Flowers and Arianna Durrell scored seven points apiece in the first half.

Tamiya Sims led Warren Central with 14 points, and scored six of the team’s 10 points in the first half. Zy’kerri Segrest finished with nine points, and Alaila Bracey scored seven.

Warren Central will return to action Saturday at noon against Vicksburg High. The game will be played at Vicksburg Junior High. Tickets are limited because of COVID-19 restrictions, and can be purchased online only at gofan.co.