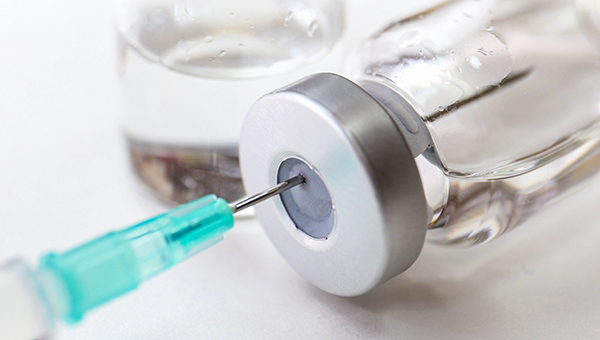 Earlier this week, state government and health officials lamented the speed at which COVID-19 vaccines have been administered to health officials, first responders, nursing home residents and the elderly.

Led by Gov. Tate Reeves and State Health Officer Dr. Thomas Dobbs, officials at a press conference Tuesday said they are pushing to speed up the process and expand the groups now eligible to schedule a vaccine.

That process apparently worked, as Wednesday afternoon — just an hour after Warren County officials said they were finalizing plans to establish a vaccine distribution site in the county — state health officials no more vaccine appointments would be made as every dose of vaccine in the state had been allocated.

And, they said, it would likely be mid-February before they resumed making appointments.

“Some things drastically changed after we made that announcement Wednesday afternoon,” Warren County Emergency Management Agency Director John Elfer said Thursday. “The state announced that it had significantly altered its vaccine plan.

“It remains our intent to establish a vaccination site here,” Elfer said. “Once we have more information, we will make sure to update everyone. In the meantime, we are continuing to urge our residents to stay safe and continue to follow the protective guidelines.”

But even before Wednesday’s disappointing news that no more vaccine appointments were available, the big question locally had been when would local residents be able to schedule a vaccine within Warren County? The answer, before Wednesday, and even after remains the same; no one knows.

“It may be a month before we get it or we may get it tomorrow,” Dr. Dan Edney with Medical Associates of Vicksburg said.

Edney, who has served on Reeves’ COVID-19 task force, said the delay in Warren County receiving the vaccines could be attributed in part to the county’s proximity to Jackson and the size of the state.

“The way the (federal government) is looking at it, (Mississippians) make up 1 percent of the country’s population, so they allow one percent of the vaccine to come to us,” Edney said. The other reason is the Mississippi State Department of Health is viewing Vicksburg as a suburb of Jackson.

Rebecca Sharlot, Director of Communications for the Mississippi State Department of Health, said Tuesday they do not have vaccine distribution sites in the “Vicksburg area right now,” but was confident Warren County would be receiving vaccines.

“I have no doubt about it,” she said of Warren County soon having a distribution site. “They are rotating sites all the time, so they (Vicksburg residents) just need to stand by.”

During Tuesday’s press conference, Dobbs said his office had received numerous calls about Warren County and said state officials are looking at other options for drive-through clinics, but right now “the easiest thing to do quickly is to have enrolled providers order vaccines.”

Medical Associates of Vicksburg and Mission Primary Care Clinic have both enrolled to distribute the vaccine when it becomes available to Warren County clinics.

But more can be added, Dobbs said.

“We want providers, and we can partner with them aggressively,” he said. “We want the health folks in your community to do it. And part of it would be if you live in the community, ask and see if they are willing to be a provider.

Edney said his office is just waiting for their allotment of vaccines. “We will begin vaccinating immediately upon receiving it,” he said.

According to the MSDH’s website, 18 mobile sites have been set up across the state as well as more than 60 clinics and community health centers have been designated to administer the vaccine to those 65 and older or those with pre-existing health conditions that make them more vulnerable to the virus. None of those drive-through sites set up are in Warren County and Warren County is not listed as having a site through at least Jan. 15.

Being on the Interstate 20 corridor, director of the Warren County Emergency Management Agency John Elfer said it would seem Vicksburg could serve as a convenient mobile site. And if it is chosen, Elfer said three suitable locations have been identified as possible sites.

While the vaccine is yet to be available in Vicksburg for those who are eligible, both Edney and Elfer encouraged those who are able to get it at one of the 18 mobile locations to make an appointment and get the vaccine.

“I have had people contact me and say, ‘Should I wait until y’all get it, or I have an appointment in Natchez, should I go get it?'” Edney said. “If you get an appointment, there is a dose of vaccine with your name on it, so go get it.”

When appointments are resumed in middle to late February, those wanting to get the vaccine must schedule appointments by visiting covidvaccine.umc.edu or by calling 1-877-978-6453.

Until the vaccine becomes available to everyone, the most important thing to remember, Edney said, is “The best way to treat this virus … is do not get it.”