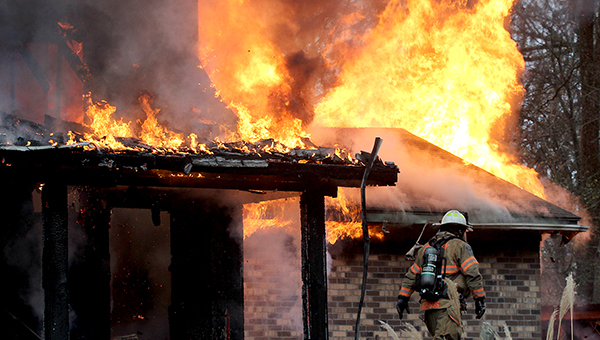 Unattended cooking materials have been declared the cause of a fatal house fire on Shadow Wood Drive on New Year’s Eve.

In a report filed by the State Fire Marshal’s Office, investigators set the home’s kitchen as the source of the fire that killed 78-year-old Lucius Jackson Jr. on Dec. 31.

Jackson was found in a bedroom of the home at 7 Shadow Wood Drive, Warren County Fire Coordinator Jerry Briggs said. He was pronounced dead at the scene by Deputy Warren County Coroner Ron Regan.

Other residents in the house — a woman and four children — were able to escape the blaze without injuries.

Briggs said everyone was asleep in the house when one of the children smelled smoke and woke his mother up. She saw fire in the kitchen and living room area and got the rest of the children out. Family members tried to get Jackson out but were unsuccessful, Briggs said.

Students at Vicksburg Intermediate School made history Wednesday, as they became the first to raise Mississippi’s new state flag in... read more