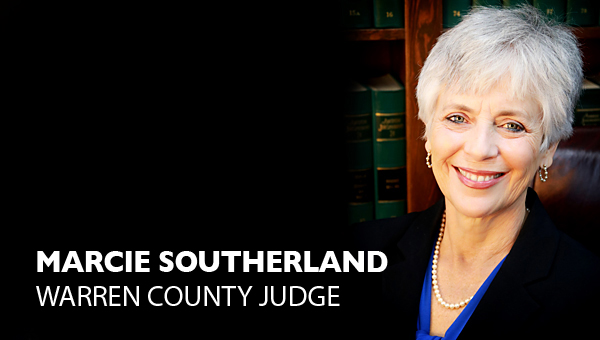 Warren County Judge Marcie Southerland would like to see a separately appointed prosecutor for the county’s Youth Court.

“I am requesting that the board allow my order (appointing Campbell) to stand, and the way the board would do that is provide funding for that youth court prosecutor,” Southerland said at a supervisors work session Tuesday. The cost of the position was estimated at about $17,000 a year.

“It should have always been that way,” she said. “There are several counties across this state that have appointed youth court prosecutors and it works beautifully.”

Having an appointed prosecutor concentrating on youth court cases and an elected county prosecutor handling cases in county and justice court, “It’s a perfect world for our children,” Southerland said.

Harper resigned in September and a special election will be held in November to fill his unexpired term. The supervisors are accepting applications to appoint an interim county prosecutor but no date has been set when the appointment will be made.

Southerland wants the supervisors to let her order appointing Campbell stand during the interim period until the November special election to see whether having a separately appointed youth court prosecutor and a county prosecutor would work.

“And of course we go from there,” she said.

Southerland said the county prosecutor historically has been a part-time position.

Under the law, she said, the county prosecutor could be paid the same as a county supervisor with benefits “and that’s considered a part-time position.

“It’s the (position) not a part-time responsibility; the responsibility remains the same,” Southerland said. “It just allows the county prosecutor to receive that salary plus the monthly stipend for the overhead expense and allows that prosecutor to continue with their (private) law practice.”

The responsibilities, she said, involve going to youth court, justice and county courts when needed and handling monthly appeals from county court. If the prosecutor is paid more than the supervisor’s salary the position is considered full-time.

District 5 Supervisor Kelle Barfield said using the interim period until the special prosecutor’s election with the interim prosecutor receiving a supervisor’s salary would be a good test period to determine the feasibility of an appointed youth court prosecutor.

Board attorney Blake Teller said some lawyers would take the supervisor’s pay as county prosecutor, “Which makes sense from a budgetary standpoint in the interim period and it may be the way to go into the future.”

Wednesday afternoon, local officials announced that a COVID-19 vaccine site could be opened in Warren County as soon as next... read more