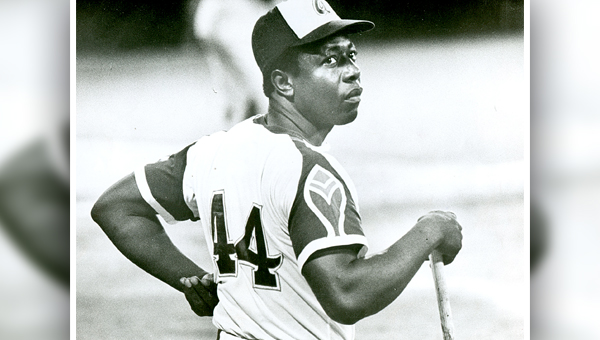 ‘Hammering’ Hank Aaron dies at the age of 86

“His death surely will prompt an outpouring of tributes from those who’d known him personally or simply been inspired by a remarkable life lived with relentless dignity and grace in the face of a seemingly endless fountain of hate during his pursuit of a sacred baseball record —714 home runs — held by a white icon, Babe Ruth,” the Braves said in a statement.

The Mobile, Ala. native played 23 years in the Major Leagues — all with Braves. He retired in 1976.

Aaron debuted with the Milwaukee Braves at the age of 20, in 1954. He was a 25-time All-Star, National League Most Valuable Player (1957) and two-time batting champion. He hit .393 when the Braves won a seven-game World Series against the Yankees in 1957. He was baseball’s home run king for 30 years.