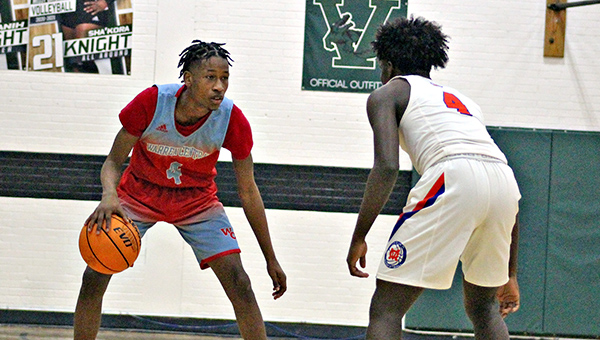 For the second time in as many days, the basketball playoff openers for Vicksburg High and Warren Central have been postponed.

The Mississippi High School Activities Association announced Sunday that it is delaying the start of all of its basketball state tournaments because of the winter storm that hit the state Monday.

With freezing temperatures and icy roads expected to remain in place across Mississippi until at least Wednesday, the MHSAA pushed all first-round games back to Thursday for the girls and Friday for the boys’ state tournaments.

The delay means Vicksburg’s first-round Class 5A boys’ game against Saltillo will now be played Friday at 6 p.m. at Vicksburg Junior High.

Warren Central’s first-round game at Olive Branch will also be played Friday at 6 p.m. That game was originally scheduled for Monday, then moved to Thursday, and now pushed back to Friday.

In an email announcing the postponements, Vicksburg Warren School District athletic director Preston Nailor said the VHS-Saltillo game could be moved again if weather and road conditions remain treacherous later in the week.

Tickets for the VHS-Saltillo game will go on sale Tuesday at 10 a.m., online only at gofan.co. Only 120 tickets will be available because of COVID-19 restrictions.

“We will be very considerate of Saltillo being farther north of us and may be experiencing harsher conditions than we are down here,” Nailor wrote.

Vicksburg High’s girls’ team, meanwhile, will get a couple of extra days to celebrate its Region 4-5A tournament championship. The Missy Gators were originally scheduled to play either Neshoba Central or Grenada at home on Friday night. Instead, because of the MHSAA’s ruling, that game has been moved to Tuesday, Feb. 22. The third round of the girls’ state tournament will begin on Feb. 25.