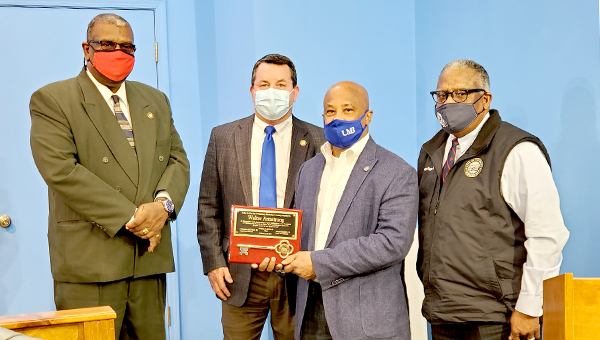 The Board of Mayor and Aldermen honored former Police Chief Walter Armstrong Monday, presenting him with a key to the city during the board’s meeting Monday afternoon.

The presentation was to honor Armstrong’s service to the city when he served as chief from 2009 to 2017. Amstrong recently retired from his post as police chief in Natchez.

This article is part of a series by The Vicksburg Post, in partnership with the Vicksburg-Warren County Chamber of Commerce,... read more