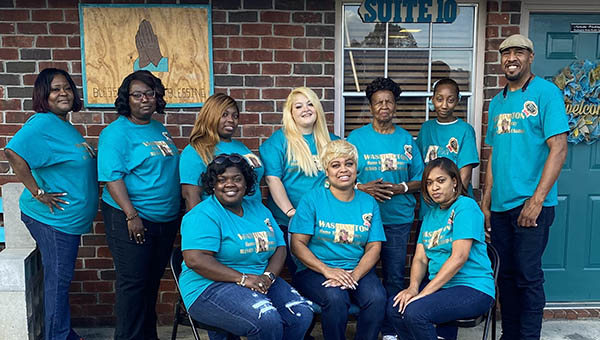 It is not a coincidence Natasha Washington is flourishing in her line of work.

It could be argued her success is divine.

Washington, founder and CEO of Washington Home Health Agency, said the success her business has had in recent years is due in part to hard work, but also to the family atmosphere she and those she works with have built. It also comes from running an operation that adheres to a particular passage from the Bible: “A generous person will prosper; whoever refreshes others will be refreshed.” — Proverbs 11:25

After working a number of years in hospice, in May 2015 Washington began her own business — Washington Home Health Agency — that provides non-medical personal compassion care.

Recently, the business was named the best home health agency by readers of The Vicksburg Post during the newspaper’s recent Best of the Best competition.

“I really was overjoyed, blessed, thankful. I just was very surprised, because I had no idea that people even really recognized us in that way,” Washington said of her reaction after learning they had won the award. “I was just very, very thankful because I try to do my best. Our slogan is “blessed to be a blessing” and to be a blessing to each and every person we come in contact with. I felt like when this happened that we have actually been walking in that motto we lived by.”

Washington said after news of her company winning the award began to spread, it also led to more interest.

“It actually paid off a great deal. We got a lot more people and patients who contacted us, and a lot of people reached out to us to come work with us,” she said.

The agency provides personal and companion care to patients, for anything that is non-medical. Those services could include cooking, cleaning, bathing patients, running errands, reminding patients to take their medication and more.

For information on Washington Home Health Agency and the services it provides, call 601-738-5801 or visit washingtonhomehealth.com.

In the end, Washington said her team, and the patients they help, are family. “They are considered my family. Not just my patients, but their families — all of them become our family,” she said. “Our family has grown.”

One in three mothers struggles to provide diapers for their child. That was the driving statistic for the creation of... read more