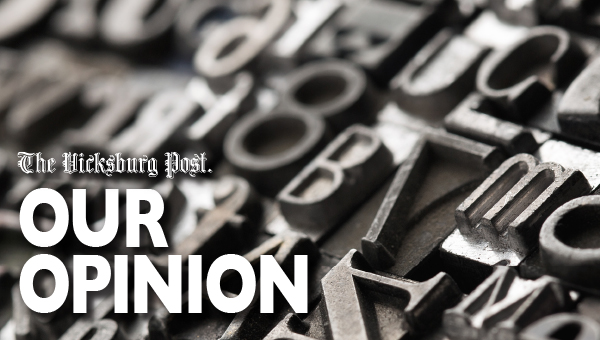 But, if we did that, we would be taking the route of nearly 85 percent of registered voters in the city of Vicksburg, who simply went through the motions and felt they were too busy to do the right thing and vote in Tuesday’s Democratic Primary.

Of the 12,502 registered voters in the city of Vicksburg, just 1,921 took the time — all of about a minute or two – to cast a ballot in the primary that went a long way in shaping our city’s leadership for the next four years.

Tuesday’s primary election took a crucial step in setting the ballot for June’s general election, and in one race, set the representation for the next four years in Vicksburg’s North Ward.

Unfortunately, we can only expect worse results in the April 27 runoff that will fill out the race for mayor in June’s general election.

We know there is voter fatigue from the beat-down, drag-out elections of last fall. We understand the hangover many voters are still feeling.

But, unlike federal elections, where Mississippi is an all-but determined red state, elections on the local level matter, they have real consequences in our everyday lives.

Turning out to do your civic responsibility — a task that took less than five minutes Tuesday — is not too much to ask, in fact, it is the bare minimum we should expect.

Letter to the editor: Atwood applauded for his help with our schools, community

Dear editor, As Emmett Atwood retires from the automobile business, I feel it is time to thank him for the... read more