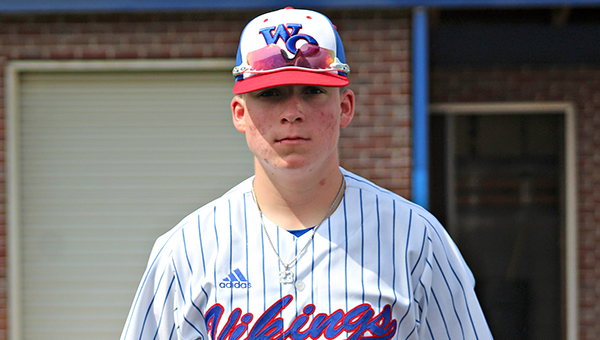 Jack Wright went 2-for-3 with two triples and three RBIs, and also pitched a three-inning shutout to lead Warren Central to a 15-0 win over Murrah on Friday.

Warren Central has punched its ticket to the MHSAA Class 6A baseball playoffs.

Jack Wright struck out six batters in three innings pitched, and helped his cause by going 2-for-3 with two triples and three RBIs at the plate as Warren Central crushed Murrah 15-0 Friday at Smith-Wills Stadium in Jackson.

With the victory, the Vikings (6-16, 3-5 MHSAA Region 4-6A) clinched the third and final playoff berth from Region 4-6A. They will face the second-place team from Region 1-6A when the playoffs begin April 29.

Warren Central beat Murrah 11-1 when the teams played earlier in the week, and didn’t even need a full five innings to get another run-rule victory on Friday.

Warren Central finished with 12 hits, half of which went for extra bases. Floyd Davenport went 3-for-3 with two RBIs and three runs scored, Seth Sterling was 2-for-3 with a double, triple and two RBIs, and Braxton McCurley doubled, drove in one run and scored two. Blake Channell also tripled and scored a run.

Warren Central and Murrah will play one more time, Saturday at noon at WC’s Viking Field.

Gators confident as they chase Class 5A powerlifting championship

When they talk about their abilities, some of the members of Vicksburg High’s powerlifting team sound a bit cocky. “I’m... read more