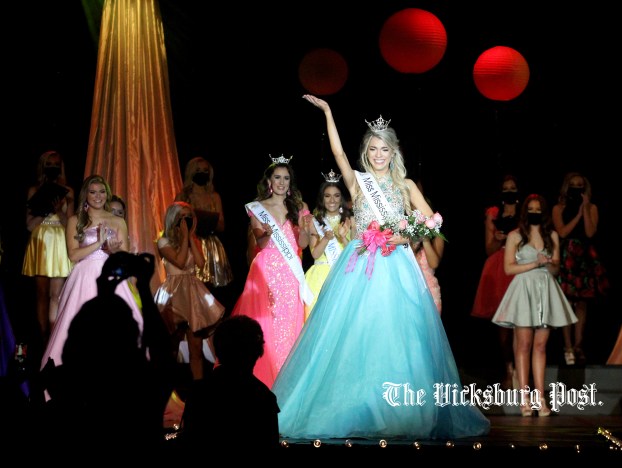 This past weekend I covered the Miss Mississippi’s Outstanding Teen Pageant.

It was held at the Vicksburg City Auditorium and my friend Jennifer Tillotson did a great job as the producer.

Nancy Roberston served as the co-producer.

The team will flip for the Miss Mississippi Pageant with Nancy serving as the producer and Jennifer as her co-producer.

Jennifer and Nancy are what I would call a dream team. If you haven’t seen one of their productions, you have missed out.

This year, I was lucky enough to sit with the pair. It was fun being that close to the stage and having a place for all my gear. Instead of having to juggle my notepad in my lap, I had a table from which I could write.

This was not my first time sitting so close to the contestants.

I served as a judge for the Miss Delta State University Pageant a few years back.

It was great fun; however, I do not recall being asked to write on-stage questions for the women.

Maybe that is something that has been implemented since I served because this year judges were the ones who wrote out the random questions that would be asked of the contestants.

If you have never been to or seen a pageant sponsored by the Miss America Organization – sorry Miss America, in my column I am going to refer to it as a pageant – contestants are all asked an onstage question.

Contestants draw their question out of a bowl – not having any idea what it will be – and then it is posed to them by whoever is the MC.

They only have a few seconds to respond before a bell dings and their time is up.

At the pageant this past weekend I thought one question was particularly difficult. It would have been a hard question for an adult to respond to off the cuff, as it was dealing with national race relations. But I am told these young women have to be prepared for anything.

That being said, there was another question posed to a contestant that I may have also had trouble answering.

The question was, “If a visitor came to your hometown, what are the top three things you would say they absolutely had to do?”

Standing on the stage, I would have been stumped.

There are so many great things to see and do in Vicksburg. How could you narrow it down to three?

We have the National Military Park, museums that are informative and fascinating, a splash pad, incredible mural walls that tell the history of our town, a downtown that has gads of shops and eateries, churches with stunning architectural features, musical entertainment at the casinos and restaurants, a sports park that has a zip line, live theatre productions, beautiful old homes, parades, I hear there is good hunting around and lakes for fishing, and then, of course, there is the Mississippi River and the sunsets.

Choosing just three would have been a challenge, but fortunately for me, I was not on the stage and did not have to answer the question.

Even better, I get to enjoy all the best features of Vicksburg whenever I want.

Lawmakers in Washington are debating what to include in an upcoming infrastructure bill. Missing from the conversation thus far are... read more