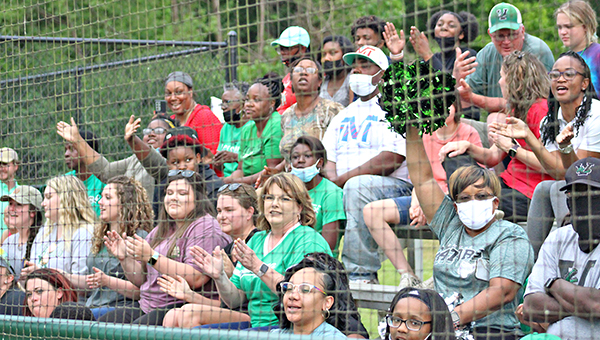 There are a lot of words to describe what happened to Vicksburg High’s softball team this week.

There are more colorful ones, of course, but we’re a family-friendly newspaper.

In case you missed it, the Missy Gators beat New Hope twice on Tuesday to win their MHSAA Class 5A playoff series. Except, in the sixth inning of Game 3, New Hope coach Casey Finch-Halford discovered that one of the balls that had been in use did not have an official National Federation of High Schools stamp on it.

To make a long story short, Finch-Halford filed a protest with the umpires, the MHSAA upheld it and ruled Game 3 must be replayed in its entirety, and New Hope won 9-5 on Thursday to take the series and advance to the third round.

The MHSAA followed its rulebook for this situation and is not to blame. Finch-Halford’s protest was questionable, and maybe even unsportsmanlike. There was no real difference in the disputed balls and the ones with the stamp other than branding. Her protest, with her team trailing 9-3 late in an elimination game, was the equivalent of a 50-foot heave at the buzzer that banked in.

One person’s injustice, however, is another’s righteous anger. Finch-Halford felt wronged, made her case, and had it backed up by the letter of the law. It was a technicality, but she was correct and won.

The Missy Gators, meanwhile, had their season end in remarkably brutal fashion. A memorable victory and an unprecedented trip to the third round of the playoffs were ripped away from them in a boardroom, not on the field.

But, in that darkest of hours, they and Vicksburg as a whole earned a huge victory.

In 24 hours, the Vicksburg Warren School District sold 250 advance tickets to the Game 3 replay. It might have sold twice that many if attendance hadn’t been capped or tickets were still sold at the gate rather than a small number online.

Those buying the tickets were not just Vicksburg High fans, either. They included supporters of all of Warren County’s high schools, there to cheer on their friends and family members. They packed the bleachers and lined the fence. One large group even spread out on a high bluff overlooking center field.

“It was Warren County. I can’t say enough about the texts I got, the emails, the Facebook messages and everything else,” Vicksburg coach Brian Ellis said. “I’m just blessed to be able to be a part of such a big group and a bunch of great people in Warren County to show their support for these girls.”

The fans were loud and rowdy, as well as numerous, but in a good way.

Given the situation, it wasn’t unreasonable to expect an atmosphere slightly more hostile than the one Rocky Balboa encountered before he fought Ivan Drago in “Rocky IV.” The VWSD brought in some extra security to handle any problems, and the MHSAA-mandated reminder to cheer for your team and not against the other was likely within arm’s reach of the PA announcer.

“They were not allowed to have any emotions at all,” Finch-Halford said when asked how she advised her team to handle the atmosphere.

As it turned out, the crowd was perfect. They did cheer for the Missy Gators — loudly — and not against New Hope.

They did it for all seven innings, even after New Hope took control of the game, and did not leave until well after the last out was made. Not one derisive catcall regarding balls or protests was heard during the game. No fans had to be advised to mind their manners, much less leave the premises.

Afterward, the Missy Gators circled the field in a victory lap, waving to the crowd and passing by New Hope’s postgame huddle without incident, to thank everyone for their support.

In defeat they and the rest of our community showed their best sides. As much of a downer as the Missy Gators’ loss was, their response to it was an uplifting reminder of how sports can bring a community together, and how to handle a difficult situation with class and dignity.

“It would have been easy for us to be that way, and for our fans to be that way,” Ellis said of the potential for an ugly and hostile crowd. “We dealt with the cards that were dealt us. The ace didn’t come out like we wanted it to, but it did in a lot of ways because it showed people what Vicksburg High School is all about. What Vicksburg High School’s character is, what these girls’ character and these parents’ character is. And the whole county.”

The Vicksburg Post welcomes your items for the Game Plan. Submit items by email to sports@vicksburgpost.com. Include the name and... read more