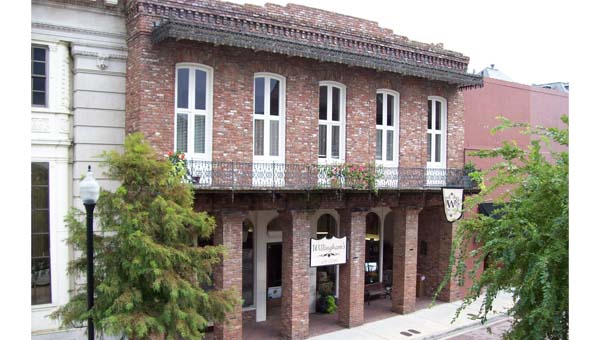 Willingham’s has been a mainstay on Washington Street.

With its candles, jewelry, clothing and housewares, shoppers can find a variety of items to fit their needs.

The retail business also has a large collection of Peter’s Pottery, a favorite with collectors.

But by far the most unique aspect of the retail store is its owner –Barbara Willingham.

She is always willing to help customers with their needs and her upbeat personality makes everyone entering feel special.

Willingham has been in the retail business for 26 years – 20 of those years on Washington Street. She has now come to a place in her life where she is ready to retire.

“I worked 30 years for the telephone company and I’ve been down here for 20 and I was on Clay Street for six years, so it was time,” she said.

Willingham moved her business downtown in 2001 – the same year Amzi Thames took over The Hub and Bobbie Marascalco opened Peterson’s.

“We all three opened up right there together and we had the first Hit the Bricks. I don’t know if we called it that or not, but it was just us three,” she said.

Some of the highlights of being on Washington Street, Willingham said, included two that gave her business an extra financial boost – the riverboats and the Miss Mississippi Pageant.

“We had so much good business. It was some good times down there,” Willingham said.

And while Willingham is ready to enjoy a more laid back lifestyle, she said she will miss her old stomping grounds.

“I hate to leave downtown. I love it,” she said. “I will miss the customers and the friendships downtown. Downtown is wonderful.”

Willingham said she would continue to sell Peter’s Pottery at the Levee Street Market Place.

The property at 1305 Washington will not sit idol, Willingham said.

She has sold the building to downtown developer Tim Cantwell.

“Tim wanted to expand Cottonwood and so he came over and talked to me and I told him what I wanted for the building and he agreed to it,” Willingham said. “Tim is a terrific fellow and he has done a lot for Vicksburg and I know that he will use that building to do more.”

The Warren County area was hit by an EF-1 tornado Tuesday when a squall line preceding a cold front passed... read more