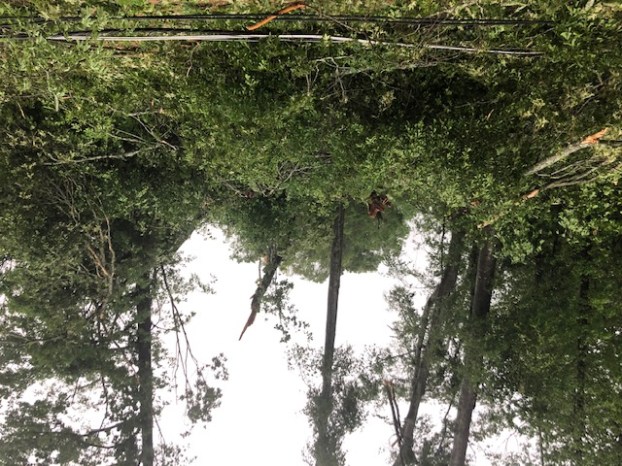 On May 4, an EF-1 tornado passed through Warren County, adding to the downed trees and limbs brought on by the February ice storm as well as the storm that passed through the county on St. Patrick’s Day. As contract crews wrap up their collection of limbs from the ice storm this week, questions were raised by residents of how to handle the additional downed limbs.

During the Warren County Board of Supervisors work session Monday, county engineer Keith O’Keefe said crews that were contracted to clean up after the February ice storm, which was a federally declared disaster, will finish up this week. They will collect all-natural debris on the roads they are completing, regardless of the cause, and contract monitors will note limbs whose cost for disposal is covered by the federal government.

“We need to make sure everybody gets their natural debris out to the edge of the road,” District 5 Supervisor Kelle Barfield said. “That doesn’t mean it will be picked up immediately, but residents don’t want to miss the opportunity for pickup simply because they were waiting to drag their limbs to the road.”

Once the cleanup crews contracted for the ice storm are done, the county road department will then resume picking downed limbs up in the right of ways for the more than 600 miles of county roads.

“People just need to make sure any limbs to be picked up are on the right of way,” Barfield said. “And they need to be patient rather than assuming their road was missed if limbs remain there for several days. If in doubt, a resident is always welcome to call the Board of Supervisors office and leave their street address.”

During their work session Monday, the Warren County Board of Supervisors received an update on the drive-thru COVID-19 vaccination site... read more