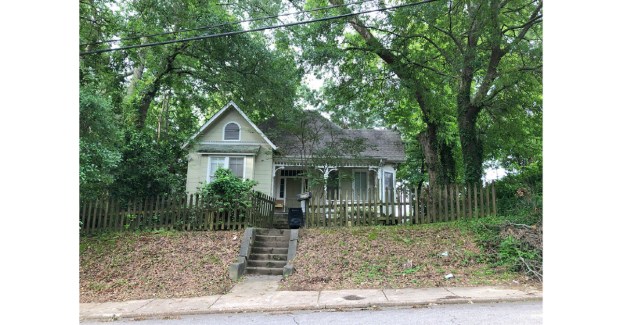 This week’s building research was prompted by a beautiful photograph by Janie Fortenberry on Facebook.

This lovely Queen Anne cottage was built on Harrison Street by C. C. Reynolds in 1887 for $2,500. Reynolds owned C. C. Reynolds Drug Company. In October 1890, Reynolds sold the house to First Presbyterian Church to use as its rectory. The church had been renting a house from William Klein in north Vicksburg prior to this purchase.

The first reverend to live in the house was J. E. Jones in 1890. He moved to El Paso in 1893 because of health problems. The congregation then requested that Rev. Robert Caldwell, who had filled in for another clergyman while he was on vacation, and who had been called to Kentucky, return to the river city.

Caldwell “politely” declined the invitation, although he loved the people in Vicksburg. Reverend J. S. Hillhouse was then hired to fill the position and he and his family moved into the Harrison Street house. Hillhouse’s sons, Joe and Walter would eventually own a photographic studio and Walter was the city editor for the Vicksburg Post before joining the Navy to fight in World War I. Joe also joined up and was in France.

By 1918, Hillhouse had moved into a house on Cherry Street where his son, Joe, lived. Herbert and Matille Bloch then lived in the house. Bloch was the proprietor of the Eagle Drug Company. The house must still have been owned by the church because by 1921, the new minister, Augustus M. Ayer, and his wife Mary lived in the house with Bloch. By 1929, George and Lucy Kelley called the house home. Kelley was a bridge contractor at the time. The Kelleys are listed at the house in the city directory as late as 1962. The house continues to add its beauty to Harrison Street today.

What do 1,500 miles, two men and a chance meeting all have in common? Making a difference. Mark Scotch had... read more